'Welcome to the Table': In Birmingham, FHI 360 helps spark conversation about racial justice 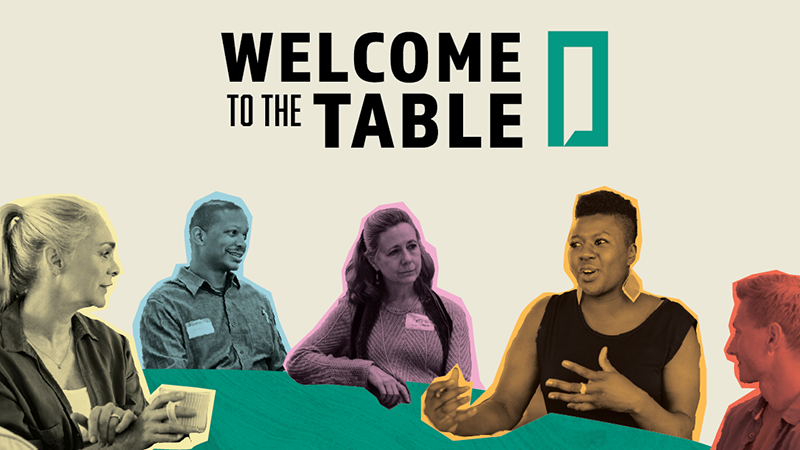 In the early 1960s, Birmingham, Alabama, was one of the most segregated cities in the United States. Its long history of racial violence included lynchings of Black residents and bombings of their homes and churches.

On April 2, 1963, civil rights activists led by the Rev. Dr. Martin Luther King Jr. launched Project C (for “confrontation”), also known as the Birmingham Campaign. This pivotal push in the movement combined economic pressure (boycotts of merchants during the Easter shopping season) with large-scale nonviolent direct action tactics, such as sit-ins at lunch counters and marches to protest segregation.

Peaceful demonstrators were met with violence. Police dogs attacked them, and police officers sprayed them with high-pressure hoses. King was arrested and jailed for more than a week for defying an injunction and leading a march without a permit; his “Letter from Birmingham Jail” — written over several days on scraps of paper passed to King’s lawyers — is one of the most important writings of the civil rights movement. Public outrage over the events in Birmingham helped to create the political pressure on Congress to pass the Civil Rights Act of 1964.

Still, nearly 60 years later, racial injustice persists. One way to fight it is to talk about it.

“Welcome to the Table” — a communications campaign from FHI 360 and two Birmingham-based organizations, the Jefferson County Memorial Project (JCMP) and Kids in Birmingham 1963 — engages residents of Jefferson County in a cross-race dialogue about the area’s history of racial violence and the movement toward truth and reconciliation.

JCMP’s work includes researching the county’s 30 documented victims of racial terror (PDF) and their descendants, educating the public, placing historical markers at lynching sites and advocating for reform where racial injustice exists. Kids in Birmingham 1963 offers a platform for people who lived in Birmingham in 1963 to share their stories about that time in history.

“The fight for civil and human rights has always been a marathon, not a sprint,” said Joi Brown, JCMP’s executive director. “It’s important that we continue the conversation around these basic rights to ensure that, as a society, we are learning from our past wrongs and not repeating cycles.”

Among the campaign’s suggestions for actions are participating in events that raise awareness about racial injustice, advocating for incarcerated voices and reading (and talking about) books recommended by JCMP. In the fall of 2021, it sponsored billboards promoting “Welcome to the Table” alongside interstate highways in Birmingham — which reached about half a million people each week that they were up — as well as a Facebook ad campaign.

“At FHI 360, we believe in the power of communication to promote positive social change,” said LaVerne Canady, director of programs (U.S.-based). “Our work in Jefferson County has allowed us to build authentic partnerships and amplify the work of JCMP and Kids in Birmingham in communicating about the area’s past. Making space for these important conversations — whether they happen around the kitchen table or online — can help us move forward together.”

The campaign was built with input from the community. The organizations held listening sessions with community members who were recruited by JCMP after having expressed interest in getting more involved in racial justice work.

“A big thing that came up in the listening sessions was the need to make sure that we involved storytelling in our campaign,” said Van Do, a program officer for social marketing and communication at FHI 360. As a result, the organizations are creating a digital campaign based on JCMP’s research on the victims of lynching in Jefferson County.

FHI 360 and JCMP are also designing conversation-starter cards to spark dialogue about race and people’s hopes for their communities. The cards will be shared on social media and used by JCMP at events.

“The one thing our past and future have in common is that we share both,” Brown said. “Though we may not have lived through or be responsible for the past, it’s our collective responsibility to work together toward a brighter future.”

Photo caption: An image from the “Welcome to the Table” campaign, a collaboration between FHI 360, the Jefferson County Memorial Project and Kids in Birmingham 1963 that encourages conversations about racial justice.