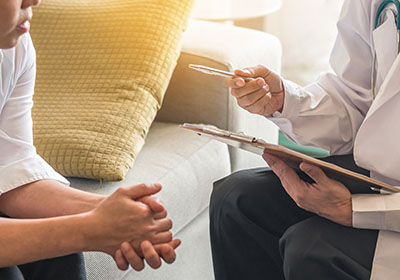 Noncommunicable diseases (NCDs), such as cancer, heart disease and diabetes, are the leading cause of death around the world, responsible for killing 41 million people each year. More than 75 percent of those deaths occur in low- and middle-income countries. To help minimize the impact of NCDs in Vietnam, the Abundant Health project, funded by the Pfizer Foundation, supported the government in developing a model for improving the local public health care system’s response to diabetes, hypertension and cervical cancer in Ho Chi Minh City from 2016 to 2020.

For the first two years, Abundant Health worked in five commune health stations in the Tân Phú district. The project focused on improving health staff capacity, through a collaborative learning approach and a team-based care model, to attract seniors for early screening and treatment of hypertension and diabetes. Then, in 2018, the Ho Chi Minh City Department of Health decided to invest its own resources in and lead the expansion of the project from one to 23 districts, with FHI 360 moving from a co-lead role to providing technical assistance.

“Abundant Health is different from other projects,” said Dr. Nguyen Huu Hung, Deputy Director of the Ho Chi Minh City Department of Health. “The community-driven model has helped identify hidden issues and equipped health staff with the ‘hook,’ rather than just giving them ‘fish.’” As a result, staff “still have the skills and experience to maintain project gains.”

Due to the model’s success, the Pfizer Foundation provided additional support from April to September 2020 to pilot the integration of free cervical cancer screening into the project. Working in 24 commune health stations across all 24 districts of Ho Chi Minh City, the project conducted community outreach events — including 25 talks with nearly 2,300 people attending in total — and distributed materials about cervical cancer awareness and screening. The project advertised the screenings on Facebook and local television stations and provided staff in the commune health stations with training on communication and counseling. The pilot received clinical support from experts in oncology and gynecology. Local authorities, associations, unions and community collaborators were involved in the implementation.

Overall, Abundant Health screened nearly 5,000 people for cervical cancer between June and August 2020. Aligning with government and international guidelines, and with support from national experts, the program standardized the countrywide procedure for cervical cancer screening. On screening days, the commune health stations administered tests for human papillomavirus (HPV), a virus that causes cervical cancer. Commune health station teams collected samples and sent them to a clinical laboratory for analysis. Patients who were positive for HPV were further tested with HPV genotyping to identify high-risk types of the virus. People who tested positive for those types were then referred for further testing and possible treatment at gynecology hospitals.