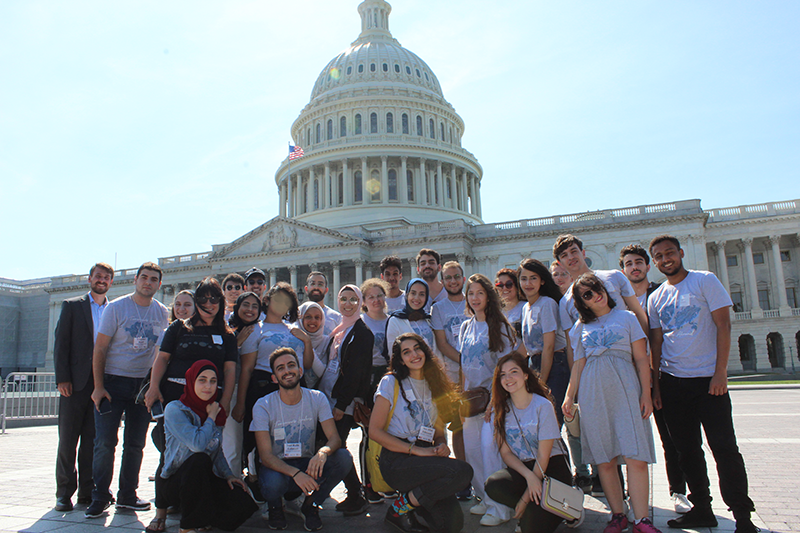 As FHI 360 marks its 50th anniversary, explore our history of solutions and future of possibilities.

Amani arrived this fall at Kent State University in Ohio, eager to embrace new experiences through the Tomorrow’s Leaders (TL) Study Abroad Program, part of the TL Undergraduate Program sponsored by the U.S. State Department’s Bureau of Near East Affairs through the Middle East Partnership Initiative. An international affairs major from Algeria, she settled into her classes, but saw the need to step out of her comfort zone to pursue extracurricular activities. Working with her advisor at FHI 360, which provides support to the program, Amani decided to find out more about Kent State’s student-run television station. After a successful audition, she became an anchor and presented news segments. Appearing on television felt very natural, she discovered — and now she hopes to pursue a career in journalism. 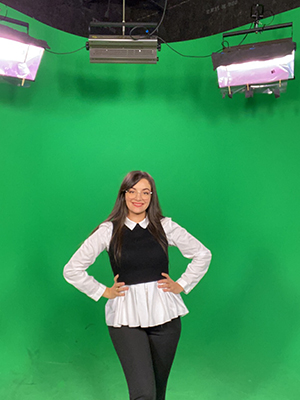 "I utterly fell in love with it,” says Amani of her TV experience, adding, “The TL Study Abroad Program is a life-changing experience. I’m so grateful that it has provided me with ample resources and a supportive environment to explore my interests and discover more about myself.”

FHI 360 has been administering the study abroad portion of the program since 2018. For many of the TL students, says Hadassah Galey, Global Connections Program Manager at FHI 360, “this is their first time in the United States. This experience opens doors they may not have known existed.” 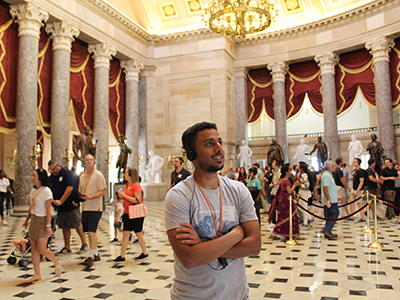 The semester abroad begins with an orientation session, hosted by FHI 360, in Washington, D.C. The students learn more about the program and about U.S. culture and history, engage in leadership development activities, bond with other participants and explore the nation’s capital.

Once classes begin, FHI 360 staff follow up with the students through advisor calls and an in-person visit, making sure that they are adjusting well and providing advice and support.

Civic engagement and volunteerism are two of the pillars of the TL Study Abroad Program, so the students are encouraged to get involved in activities at their college and in the community. As a result, they have volunteered for food drives and other charitable activities and have attended lectures, roundtables, festivals, community celebrations and award ceremonies. 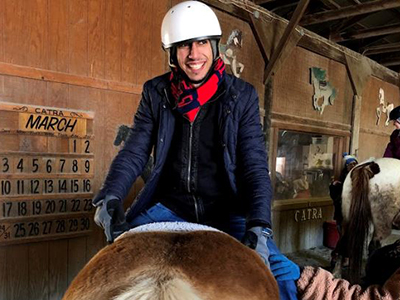 Another memorable opportunity offered to the TL students during their semester abroad is the Alternative Break Program. During school vacation periods, students travel to communities across the United States to complete volunteer projects. One student, for instance, went to the Black Hills region of South Dakota to work at a youth center on a Native American reservation. Another volunteered with an animal therapy program in Philadelphia that offers riding lessons to people with disabilities.

The study abroad program exposes TL students to opportunities they might not have in their home country or college. For example, Aisha, a TL student from Libya studying political science at the State University of New York at New Paltz, spoke at a United Nations panel on women, peace and security in 2019. 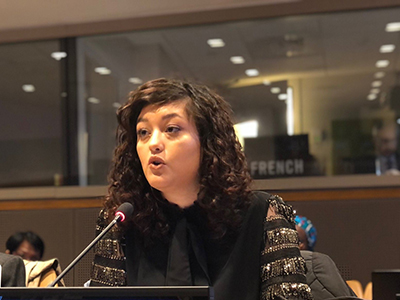 Now a college graduate, Aisha looks back fondly on her semester in the United States. She built a great network of young leaders and friends from the MENA region through the TL Study Abroad Program and appreciated her interactions with the Americans she met. “I learned something from each one,” she says. “They will be a part of me forever.” As a community leader in her own country, she was particularly inspired learning more about Martin Luther King Jr.

The experiences of these TL students are examples of what the State Department calls "citizen diplomacy” — using educational and cultural exchange experiences to increase understanding between the people of the United States and those of other countries. Their interactions with Americans often break down stereotypes or misinformation that they may have been told about the United States while growing up. In return, they get to share their culture with Americans who may never be able to visit the countries the TL students represent.

“Americans meet people they may not have otherwise encountered and now can put a face to people from other countries,” Galey says. The TL students, she adds, “become a classmate, a roommate, a friend — they are no longer the ‘other.’”

The TL students take home with them viewpoints and knowledge that may even change the course of their lives, just as Amani’s TV station experience caused her to rethink her career plans.

“There’s a lot of discussion these days about why these types of experiences are important,” Galey says. “It’s to expose individuals to different worlds. We want the students to broaden their perspectives and increase their skills so that they can realize their full potential and become the empathetic, engaged leaders the world needs.”

Lead photo caption: TL students pose outside after a tour of the U.S. Capitol in Washington, D.C.