Science is a ‘girl thing’ in afterschool programs across the U.S.

In the past 10 years, jobs requiring training in science, technology, engineering and math — commonly known as STEM — have increased more than 50 percent. But women, who make up 45 percent of the workforce in the United States, hold only 12 percent of all positions in this field.

To help close that gap, FHI 360 developed a nationwide afterschool initiative called Great Science for Girls, which sparks girls' curiosity for science by engaging them in inquiry-based experiments. The program's goal is to show students that science is very much a "girl thing." 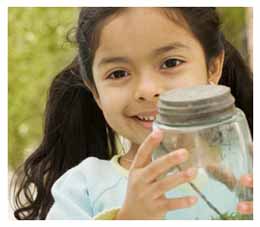 "It is important for children to have the opportunity to experiment with science in fun, hands-on ways. Great Science for Girls helps young women see that science is for everyone," said Barbara Sprung, Co-Director of FHI 360's Educational Equity Center.

Funded by the National Science Foundation, Great Science for Girls provides evidence-based science curricula proven to increase girls' interest in STEM. The curricula create an environment that fosters leadership, risk taking, problem-solving skills and cooperative learning opportunities. Working through organizations that train and support afterschool educators, FHI 360 has provided the curricula to about 140 afterschool programs nationwide. The initiative, which began in 2006, has reached more than 5,700 students, the majority of whom are girls.

FHI 360 also provides organizations that are implementing Great Science for Girls with research on effective STEM and afterschool practices. These resources, as well as a number of downloadable tools, are available at www.greatscienceforgirls.org.

Getting Their Hands Dirty

Great Science for Girls' hands-on approach challenges the misguided perception that girls do not want to get their hands dirty. In one particularly messy project, students create oobleck, a mixture of water and cornstarch that has the qualities of a liquid and a solid and whose name was inspired by a Dr. Seuss book. Students can bring the substance home to involve parents and siblings in the learning process. Another activity, called "Backyard Beastly Bugs," encourages students to explore the basic characteristics of insects and how they adapt to their surroundings.

Whether playing with oobleck or digging in the dirt, the hands-on approach is a hit with the students.

Kimberly, a 14-year old participant from New York City, said, "I love science. I love it here the most because I got to carry worms and it's OK."

Great Science for Girls hopes that the infusion of new, diverse perspectives will have a positive impact on the future of science.

"Watching teams of young people building simple electromagnets, I was struck with how easily girls worked together in the process," observed Peter Guttmacher, director of programming and curricula development for the DC Children and Youth Investment Trust Corporation, a nonprofit that works to improve afterschool services. "I am excited about the positive influence that more female scientists could have on the field."