In the Kayanza province of Burundi, women have more access than ever before to services that help prevent mother-to-child transmission of HIV (PMTCT). Through the Roads to a Healthy Future (ROADS II) project, FHI 360 is helping to reduce HIV prevalence by strengthening PMTCT services in Kayanza Hospital. Today, our work has helped women like Aisha Nduwimana — a mother with HIV — give birth to daughter, Nasla, who is free of the virus. Aisha discusses her experience and how ROADS II services strengthened the health of her family: 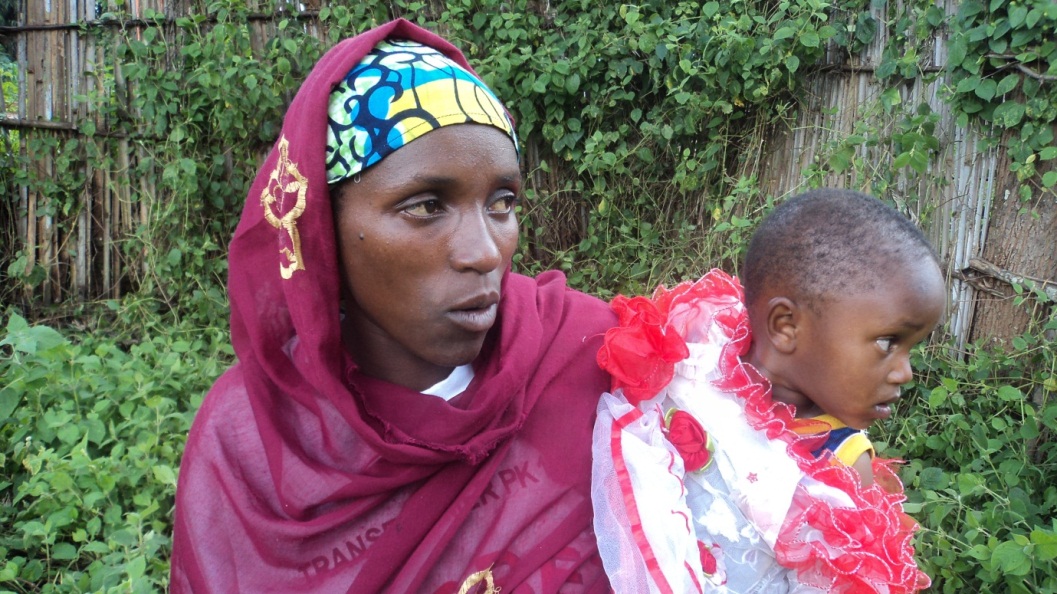 “My husband and I are both HIV positive. I tested positive for HIV five years ago. Before we got married, I knew that my husband was also HIV positive. I first heard about PMTCT from SWAA [Society for Women against AIDS in Africa], where we received counseling. One day, I went to Kayanza Hospital to collect ARVs [antiretrovirals] for my husband and asked for more information about PMTCT from a ROADS II-supported outlet. They told me I could conceive provided that I undergo a CD4 count test. After three days, we went to the hospital for testing. Providers found I had the required quantity of CD4. At that moment, they agreed that I could conceive but told me to keep using condoms during sexual intercourse afterward. And we really did.

“At six months of pregnancy, they altered my treatment to cotrimoxazole. They even provided me with porridge as a nutritional supplement from the eighth month of pregnancy until I gave birth. When delivery time came, my mother and my husband accompanied me to the hospital. To help nurses protect my baby in the course of delivery, I told them that I was HIV positive. They were happy to hear me declare it without hesitation.

“Three months after my daughter was born, I brought her back to hospital for a test, and they found out she was safe. Even the test done after a year and half confirmed that she is free of HIV.”

In the community, Nasla represents HIV prevention in action. Says her mother Aisha, “Our community used to discriminate against [Nasla] but now that results have evidenced she is not HIV positive, other children share food with her.”