ROADS project opens the door to female leadership in Rwanda

In the Rusizi district of Rwanda, violence against women once was common. The fear of repercussions, such as being sent to prison, discouraged many women from reporting abuse.

This began to change in 2003, when Antoinette Nyirazaninka organized 52 women to form the Association des femmes de Mururu (AFEM), which later became known as the Cooperative des Femmes de Mururu (COFEM). COFEM activities focus on HIV/AIDS programming, agricultural projects and community-based microfinance loans. COFEM appointed Antoinette as their chairperson — a platform that allowed her to advocate for the rights of women and children and begin her journey to political office. 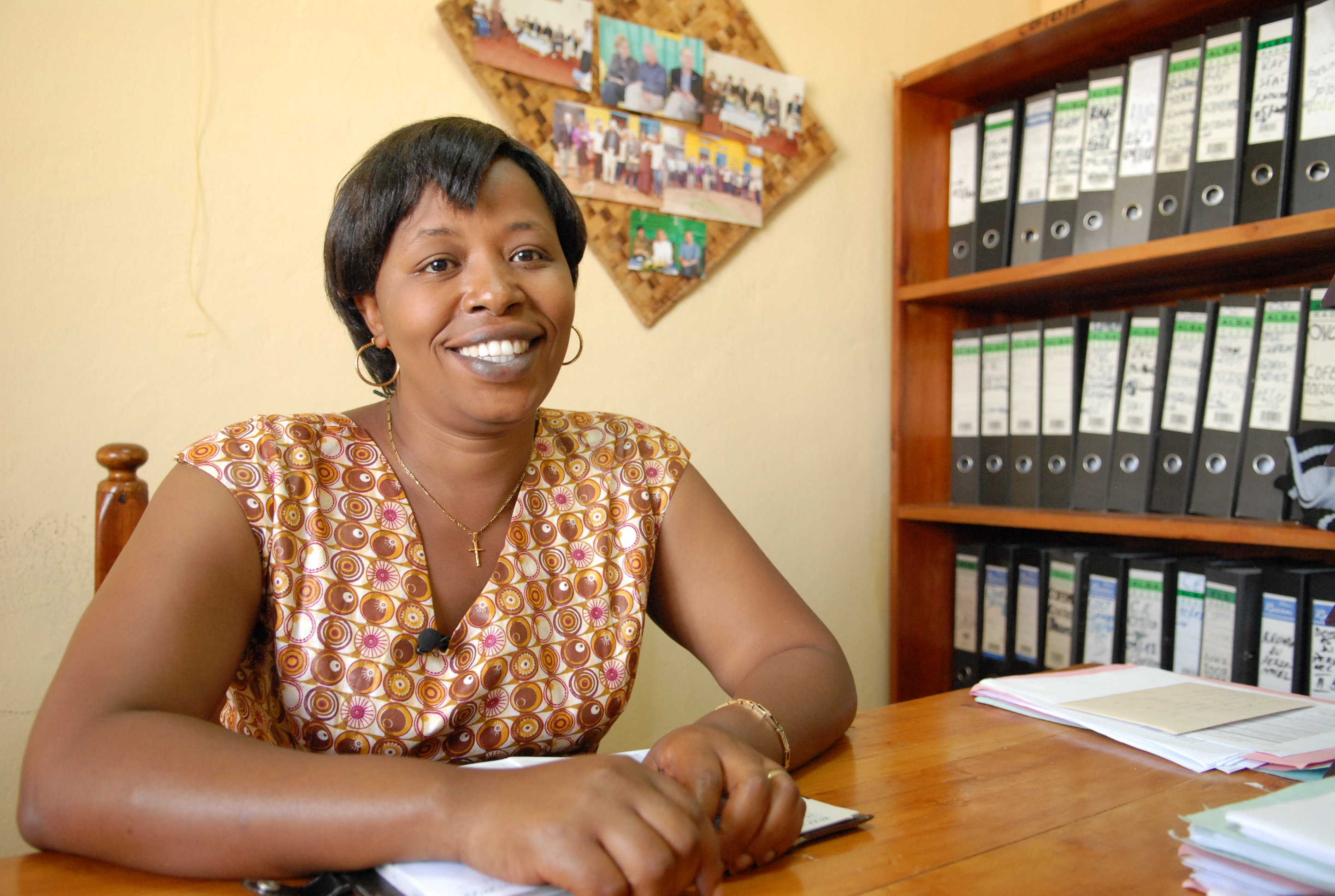 ROADS offers a chance to lead

The Roads to a Healthy Future (ROADS) II project uses an innovative, community-organizing approach called the cluster model. This model brings together local groups with similar interests to plan and conduct activities that meet community needs. When ROADS, funded by the U.S. President’s Emergency Plan for AIDS Relief (PEPFAR), started operating in the Rusizi district, it selected COFEM as the organization to provide program management and coordination for the implementation of HIV prevention activities. COFEM worked with other cooperatives to form the low-income women’s cluster, which supports HIV prevention services for orphans and vulnerable children and people living with HIV.

As the chairperson of COFEM, Antoinette became responsible for overseeing program activities. “This project exposed me to different things that I had not done before,” says Antoinette.

Antoinette became well known in the community through her leadership in the cluster. This visibility prepared her to run in the 2011 Mururu Sector district elections. “I felt ready to take on a leadership position at the district level,” she says. “Many people threw their weight behind me because they knew I was skilled and could help them address their needs.”

Antoinette won the district election with 71 percent of the votes.

In the Rusizi district, Antoinette was elected to the Justice Committee and the Sexual and Gender-based Violence Committee.

“I have always wanted to work in a position where I can help women and children,” she says. “I am very happy to do that in the two committees.” Through her committee work, Antoinette is empowering women to take proactive roles in managing household affairs, including income and land management.

As Antoinette advocated for the rights of women and children at the district level, improvements were happening nationally, including the implementation of gender-sensitive policies to protect the rights of women. According to Antoinette, there is noticeable change in Rwanda: Women are reporting more incidences of sexual and gender-based violence, the number of cases of this type of violence is decreasing, the number of girls attending school is increasing, the number of legal marriages is rising and more women participate in HIV prevention activities.

Antoinette does not see her political career ending here. “I dream of having a big project aimed at working with women to improve their livelihoods,” she says. “I intend to offer my candidature nationally at parliament to represent women. My eyes are set on the highest office in the land. You could be looking at the future president of this country.”

Antoinette’s journey from working in a ROADS-supported cluster to district representative is just one example of how ROADS is helping to facilitate gender equality and female leadership across communities. Learn more about ROADS in Rwanda.

FHI 360 does not endorse political candidates. The mention of political office in this article is intended only to provide a profile of Antoinette Nyirazaninka.