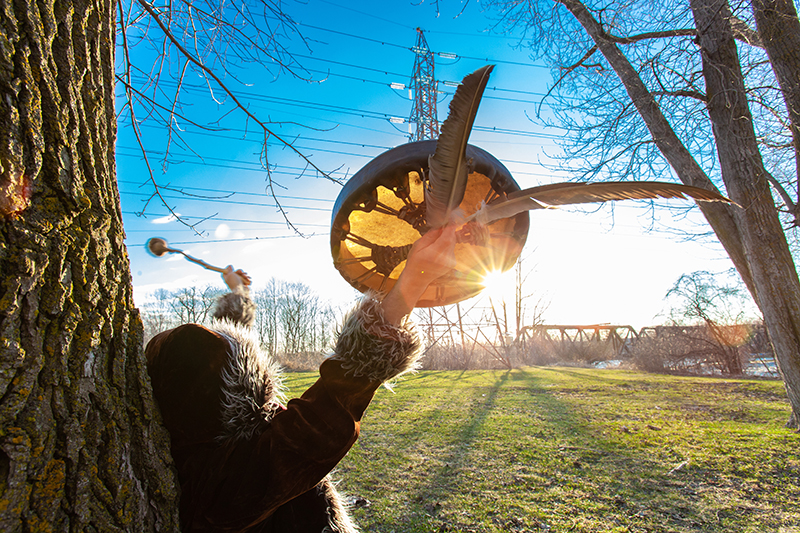 As FHI 360 marks its 50th anniversary, explore our history of solutions and future of possibilities.

In 2015, the Red Lake Nation was experiencing the highest out-of-home placement rates for children involved in the child welfare system in the state of Minnesota. Facing an overwhelming case load and a legacy of oppressive family separation policies, the tribe’s leaders knew a person-centered, culturally integrated approach was needed to uplift their community. Fortuitously, that year Red Lake Nation participated in the Tiwahe pilot initiative.

The U.S. Bureau of Indian Affairs (BIA) funded this initiative to address interrelated issues such as substance abuse, child abuse and neglect, poverty, family violence, unemployment and a high incidence of incarceration. Instead of managing interventions from the federal government level, as BIA had done in the past, the participating tribal governments in the Tiwahe pilot coordinated to create and deliver culturally responsive services for their communities. In addition to Red Lake Nation, Fort Belknap Indian Community, Pascua Yaqui Tribe, Spirit Lake Nation, Ute Mountain Ute Tribe and the Association of Village Council Presidents, a tribal consortium, piloted this new approach to social services.

As evaluators of the initiative, FHI 360 conducted dozens of interviews and reviewed hundreds of documents to gather evidence on the initiative’s effectiveness. The findings examined the overlapping and interweaving levels of collaboration among families, social service agencies, tribal governments and the federal government, all in service of tribal and family well-being.

The impact was profound for some Native American families. For example, Tiwahe provided funding and flexibility so that Red Lake Nation could give a local mother food, supplies and the support she needed to keep her children at home with her and avoid having them placed in foster care. In Fort Belknap Indian Community, tribal leaders placed a young man in a culturally based alternative to incarceration, starting him on a path to healthier living. FHI 360 found examples like this in each community. Through the Tiwahe initiative, the communities delivered social services that integrated their traditional values to empower the people they serve. Leaders in Spirit Lake Nation told us that their social services clients are getting more responsive care and more empathy.

The results are powerful: In Red Lake Nation, the number of Chippewa children placed in 72-hour protective holds by child services declined from 185 to 20 in three years. With a staff of 82 mental health providers, up from 22 just a few years ago, the Children and Family Services department now offers culturally specific, trauma-informed mental health care with intergenerational supports that help prevent child separation in the first place. In Fort Belknap Indian Community, the youth recidivism rate dropped below the national average of 50 percent to just 24 percent.

FHI 360’s evaluation report, Tiwahe: Integrating Family, Community and Tribal Services, concluded that there was ample evidence to support the value of continuing and expanding the initiative. Evaluation data and analyses underscored how the successes the Tribes experienced under Tiwahe had potential for even broader impact among American Indian and Alaska Native communities. According to Whānau TahiH, the Māori-led New Zealand social enterprise that advised Tiwahe on applying indigenous frameworks for integrated community care, FHI 360’s evaluation is now breaking new ground in gaining support for Tiwahe to become a permanent tribal program.