The U.S. President's Emergency Plan for AIDS Relief (PEPFAR) named FHI 360 as a winner of the DREAMS Innovation Challenge at the 21st International AIDS Conference in Durban, South Africa. The DREAMS partnership, led by PEPFAR with support from the Bill & Melinda Gates Foundation, Girl Effect, Johnson & Johnson, Gilead Sciences and ViiV Healthcare, is helping adolescent girls and young women become Determined, Resilient, Empowered, AIDS-free, Mentored and Safe. The DREAMS Innovation Challenge is designed to accelerate progress toward the DREAMS target of reducing new HIV infections among adolescent girls and young women by 40 percent in the highest-burden areas of 10 sub-Saharan African countries by the end of 2018. 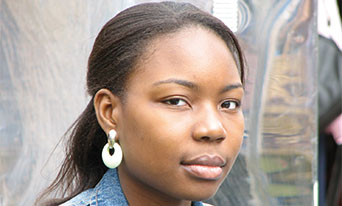 In Malawi, the rate of HIV infection for adolescent girls is disproportionately high compared to the rate for boys. This is symptomatic of multiple gender-based inequalities that are part of the society’s sociocultural and economic fabric.

FHI 360’s DREAMs approach — entitled DREAMS: Malawi Communities Investing in Education for Child Health and Safety — addresses these interconnected problems by focusing attention on girls’ access to secondary school as a mitigating factor in the incidence of HIV in this target population. The specific focus of FHI 360’s project will be to improve girls' access to secondary school by providing scholarships in Malawi’s Machinga and Zomba districts, as well as tackling underlying retention issues in these districts.

While there are well-documented linkages between girls’ poor education and their health, solutions tend to be implemented with little deliberate attention to other contributing factors. FHI 360’s innovative approach will use integrated, community-led efforts to ensure that the education, health and economic strengthening dimensions of secondary education for girls are addressed simultaneously. This will minimize the chances of progress in one area being eroded by lack of attention to another. And, over time, it will foster increased participation in secondary school and reduce the incidence of HIV.

“By keeping girls in school and connecting them to a comprehensive range of services and supports, we aim to equip them and their communities with the knowledge and agency to make more informed choices about their health and their future,” said Mary Mittochi, FHI 360’s project director in Malawi.