Tanzania has a re-energized commitment to family planning after nearly 700 stakeholders — including Tanzania’s Vice President, Dr. Mohamed Gharib Bilal, and Minister of Health and Social Welfare, Dr. Hussein Mwinyi — gathered for the country’s most significant national family planning conference in many years. FHI 360 supported the planning, organization and implementation of this three-day conference, which took place October 9–11 in Dar es Salaam. 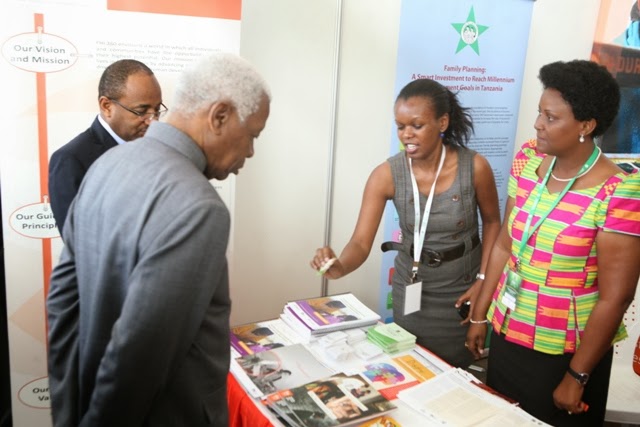 The National Family Planning Conference, with the theme, "Local Solutions for Local Problems," aimed to reshape Tanzania’s family planning agenda by sharing locally generated evidence and best practices for repositioning family planning in Tanzania. The conference also intended to accelerate progress toward achieving the goals Tanzania set in its National Family Planning Costed Implementation Program, 2010 to 2015 and commitments made at the London Summit on Family Planning in 2012, such as doubling the number of contraceptive users and increasing the national contraceptive prevalence rate from 25 percent in 2008 to 60 percent by 2015. The conference served as the relaunch of the Green Star campaign, which originated in the early 1990s, to build awareness of family planning. Tanzanians continue to recognize the campaign’s green star logo and associate it with family planning.

Participants discussed persistent challenges, such as an unreliable distribution of contraceptives to health care providers, that warrant continued efforts in order to improve access to family planning services. They also identified many innovative and successful practices that merit introduction and scale-up, including the use of mobile technologies to educate potential clients, guide community and facility providers, and boost quality reporting and accounting. Conference attendees advocated for prioritizing youth in development, particularly in strengthening their communication skills around sexual and reproductive health.

At the regional and district level, attendees highlighted the importance of turning national targets and commitments into tangible actions that ensure collective achievement. Presenters and participants alike emphasized the importance of monitoring and accountability to ensure sustained improvements.

Across all levels, leaders and stakeholders signed a Declaration of Commitment, reaffirming their intentions to bolster the family planning movement and intensify current efforts to achieve universal access to family planning in Tanzania by 2020.

Prior to the conference, FHI 360 also led a “Hackathon Challenge for Family Planning” — a 72-hour event in which a multi-disciplinary team of technology, business and family planning experts considered technological solutions to the pressing needs of family planning programs in Tanzania. Three winning teams were selected and received prizes during the conference.