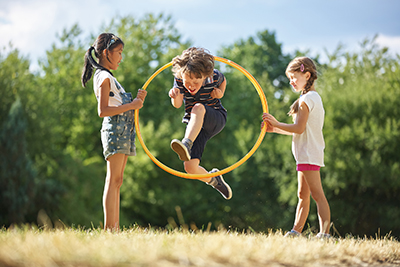 The National Collaborative on Childhood Obesity Research (NCCOR) recently celebrated its tenth anniversary and released its 2018 annual report, which highlights the significant progress the organization has made in advancing this field.

When NCCOR was formed in 2009, childhood obesity rates had been rising steadily in the United States for several decades. This trend led to an increased focus on the need for research to prevent obesity and develop public- and private-sector initiatives promoting healthy eating and physical activity. Four of the nation’s largest childhood obesity research funders – the U.S. Department of Agriculture, the U.S. Centers for Disease Control and Prevention, the U.S. National Institutes of Health and the Robert Wood Johnson Foundation – recognized their common interest in reducing childhood obesity and formed NCCOR.

Since the launch, FHI 360 has managed the NCCOR Coordinating Center, focusing on strategy and collaboration across agencies to improve the effectiveness and application of research to improve childhood obesity. FHI 360 provides critical support to the collaborative in areas such as identifying opportunities for collective action and research, building the knowledge base to find solutions and managing communications efforts to disseminate resources and evidence.

FHI 360 and NCCOR have been recognized through the inaugural HHSinnovates award and the National Institutes of Health Director’s Award.

To learn more about NCCOR’s work and accomplishments, watch this video.