Karate and HIV prevention: A winning combination for youth in Burundi

Karate and HIV prevention? At first, it may seem like an odd combination. But, for youth in the Kayanza province of Burundi, karate is reinforcing the practice of self-control — a behavior that is key to HIV prevention.

As part of FHI 360’s Roads to a Healthy Future (ROADS II) project in Burundi, community groups like Puma Karate are designing comprehensive and unique strategies to create behavior change among youth.

“I am passionate about this sport,” says Prosper, a project coordinator with Puma Karate, “because it teaches us [youth] self-control.” 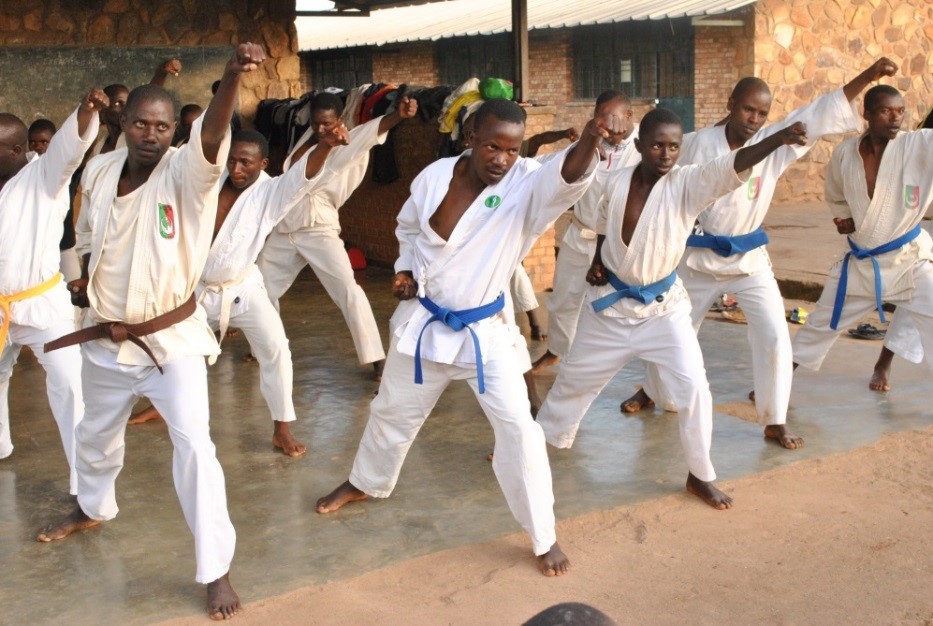 Puma Karate reaches youth through both peer education and community outreach. Peer educators develop targeted HIV prevention messages that resonate with youth in and out of school. As Prosper explains, “Those in schools, we encourage them to abstain from sex, join STOP AIDS clubs and shun negative behavior. Those out of school, we tell them to know their status, teach them to consistently and correctly use condoms and to shun other negative behavior such as drug and substance abuse.”

Puma Karate also reaches youth through activities like karate and theatrical performances. “We use these opportunities to pass key HIV prevention messages to youth and encourage them to know their HIV status,” says Prosper.

Such activities have led to an increase in HIV testing among youth. According to the head nurse at Kayanza Health Center, “After outreach activities by many of the organizations, such as Puma Karate, more people come here to test for HIV.”

It was during one of these performances that Thierry, a child formerly living on the street, first learned of Puma Karate.

From street child to youth leader 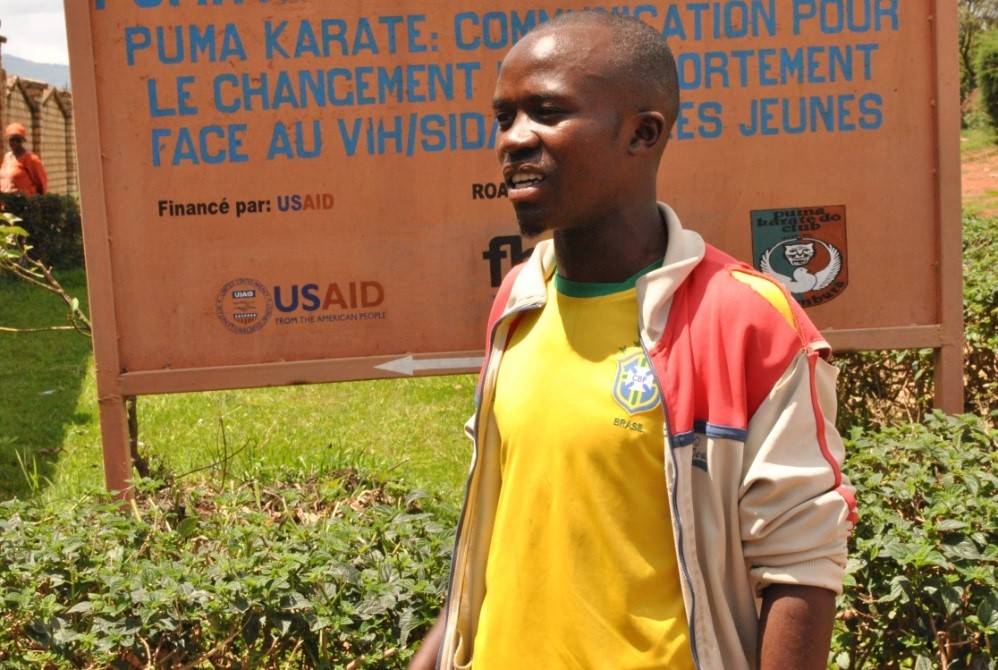 Now, Thierry is helping to change behavior among his peers in Kayanza. “I knew most of my friends in the streets were engaged in very risky behavior such as having unprotected sex and sharing needles while using drugs,” says Thierry. “I needed to help them. With the information I learned from Puma Karate, I started reaching out to them. It was very easy for them to trust me because they knew I used to be a street boy like them.”

Thierry is viewed as a leader among street children in Kayanza and is hopeful that others will gain the skills they need to make responsible decisions. “They have so much potential and with a little help, they can make good contributions to society,” he says.

In 2013, the Puma Karate team won three regional competitions and is now preparing to compete for the national title. Prosper knows that a national win will signify more than a trophy. “I want us to win during the national competitions. But I also want our youth [to] win the war against HIV, drug and substance abuse by exercising self-control. I envision a Kayanza where youth are free of the two vices by 2020.”

ROADS II in Burundi is funded by the U.S. Agency for International Development.