It's all connected: How strengthening civil society in Mozambique can help fight HIV

An estimated 1.5 million people in Mozambique were living with HIV as of 2014, representing approximately 10.6 percent of the population — the eighth highest in the world. For years, poverty, cultural norms and gender inequalities increased the susceptibility of women and children to HIV, gender-based violence (GBV), stigma and discrimination. Mozambique’s poverty level, estimated at 55 percent, is a significant barrier to providing vulnerable families with access to health care, nutritious food, education and economic opportunities. Nongovernmental organizations, community-based organizations, faith-based organizations and other networks had been providing aid to Mozambique since 1992. But, the health system was still struggling to respond to the HIV/AIDS crisis and provide essential services with limited resources, outreach and follow-up care. 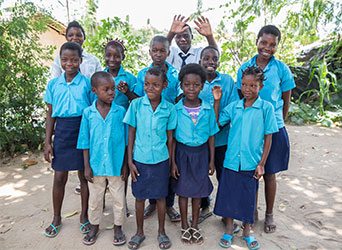 With a mission to strengthen Mozambican civil society organizations (CSOs) and networks, the Capable Partners Program (CAP), funded by the U.S. Agency for International Development, was launched in 2006 to address organizational capacity development to fight HIV and AIDS. Ten years later, CAP Mozambique has helped increase the capacity of CSOs to deliver quality HIV/AIDS services.

By building technical capacity, CAP has helped Mozambicans to effectively manage and develop organizational structures that are transparent and accountable. Program results include, among others:

The impact of CAP was assessed by comparing CAP service recipients to those who were not targeted by the program. Overall, the program was positively associated with key behaviors and attitudes linked to HIV prevention.

“We now know what kinds of messages and interventions [to use], and our beneficiaries know us and have confidence in us. Now they accept us with confidence, because our strategy responds to the realities of the community,” said a monitoring and evaluation officer from
Ophavela, one of the CSOs.

Over the decade-long program, CAP Mozambique and its partners influenced the landscape of Mozambican civil society. Only nascent in 2006, there is now a middle class of capable organizations that, thanks in large part to CAP, are respected as models by other CSOs, government and donors.