Too often, women in developing countries face financial, cultural, social and legal obstacles that prevent them from accessing pregnancy tests, contraception and other sexual and reproductive health resources and services. Women might be denied family planning if they are not menstruating and providers cannot rule out pregnancy. Also, women may not be given the method that is best for them, because health care providers or community health workers lack the tools to accurately assess women’s needs and medical history. For example, providers can make the mistake of recommending combined oral contraceptives to women who have medical conditions that make the use of this method less safe. 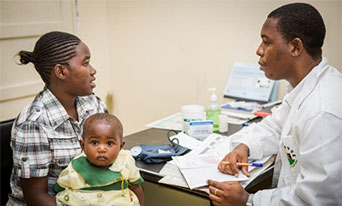 To solve this problem, FHI 360 developed a set of five checklists as easy-to-use job aids for health care providers and community health workers to determine a client’s eligibility for initiating a family planning method. Four of the checklists are designed to determine whether a woman is medically eligible to use a specific contraceptive method — combined oral contraceptives, implants, progestin-only injectables or copper intrauterine devices. The eligibility checklists are based on the World Health Organization’s medical eligibility criteria and are updated regularly to reflect changes to its recommendations. The fifth checklist helps providers determine whether a woman might be pregnant, and it is incorporated into the other four checklists as well.

“The eligibility checklists are a simple way to determine whether a woman is able to safely initiate the contraceptive method of her choice,” said John Stanback, scientist, FHI 360. In the 20 years since their creation, the eligibility checklists have been distributed — and successfully implemented — in dozens of countries, including India, Kenya, Nigeria, Senegal and Uganda. A study examining the use of the pregnancy checklist included 4,823 women in 16 clinics across three countries and showed that use of the pregnancy screening checklist resulted in significantly reduced rates of women being denied a family planning method because of menstrual status.

As part of the Advancing Partners and Communities (APC) project, FHI 360 recently adapted the paper checklists for use on mobile devices, including smartphones, tablets and computers. These apps, the first of their kind, can be easily used and accessed by providers and community health workers globally and are available in English and French.

Earlier this year, usability testing was conducted by 10 providers in Kenya, where the apps were widely viewed as helpful and easy to use. One provider said, “[They are] exhaustive — comprehensive.” Another said: “It’s good technology that will ease the work. Even non-family planning providers can give a method using the checklist.” Another provider commented that the apps are “a good approach” and provide “a motivation to move and use new tools.”

The checklist apps will be showcased at the International Conference on Family Planning in November.