Fatuma Ismail owns the New Mama Lishe food kiosk on Tanzania’s busy Tanga-Horohoro road. Road construction and the nearby oil depot bring many male workers to her kiosk, and their conversations often turn to sex.

“When the young men came to the kiosk for lunch, I used to hear them discussing their sexual escapades,” she said. Because of the HIV epidemic, “I pitied them, but I didn’t know how to help,” she added. 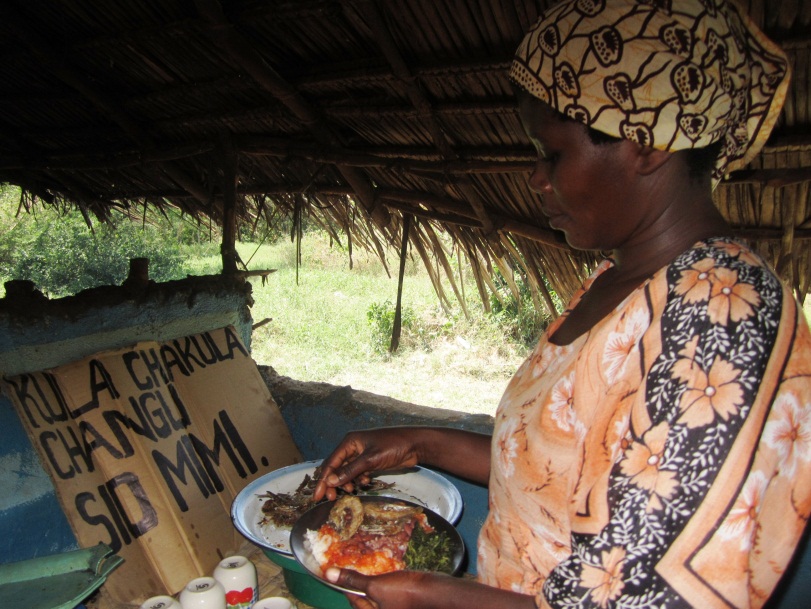 The Tanga-Horohoro road and other transport corridors in east, central and southern Africa are economic lifelines that move goods and expand local economies. But with their high transient populations, they are also major transmission routes for HIV. People working and living along these corridors — truck drivers, traders, businesspeople, staff in bars and lodgings and others — are at elevated risk of HIV infection. Since 2005, FHI 360’s Roads to a Healthy Future (ROADS II), which builds on the Regional Outreach Addressing AIDS through Development Strategies (ROADS) project, has linked communities along these corridors with critical HIV/AIDS and other health services. Funded by the U.S. President’s Emergency Plan for AIDS Relief through the U.S. Agency for International Development, ROADS has worked in Burundi, the Democratic Republic of the Congo, Djibouti, Ethiopia, Kenya, Mozambique, Rwanda, South Sudan, Tanzania, Uganda and Zambia.

When FHI 360 sought food kiosks to distribute condoms and HIV prevention materials, Ms. Ismail offered hers. “She was very eager to work with the project in raising awareness about HIV,” said Beatrice Hendry, the project’s Tanga site coordinator.

Ms. Ismail and other kiosk owners were trained in HIV prevention, especially on the consistent and correct use of condoms. She shared these skills with her customers, some of whom had never seen a condom before. “When I hear these young men talking about how they are having sex, I always ask them if they are using condoms to protect themselves,” she said. “Some of them have told me that they practice unsafe sex because that is all they know. So I take time to demonstrate how to use condoms correctly.” 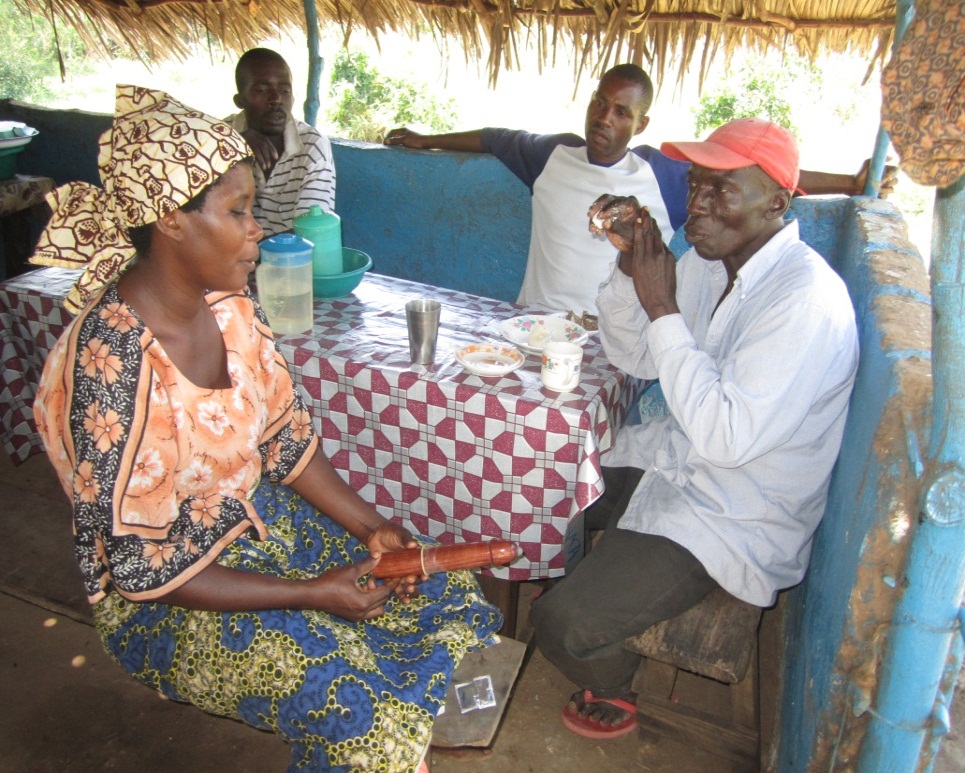 Ms. Ismail’s customers are not the only ones who benefit from the HIV prevention resources. “Most of my clients are always asking me for condoms and materials so that they can share with their friends. Some take 10 condoms or more, and they are back for more the following day or after two days,” she said. Ms. Ismail also shares the condoms and information with her own friends and neighbors. “Where I stay, there are some young unmarried women to whom I also give condoms to protect themselves.”

Occasionally, Ms. Ismail has to educate customers on another important matter. “Some clients used to approach me for sex despite the fact that I am married and have children,” she said. Tired of rejecting their advances, she posted a sign in her kiosk: kula chakula changu, sio mimi, which means “eat my food, but don’t think of sleeping with me.” The men got the message. “Now they just read what is written and don’t talk to me about those things,” she said.