Finding hope in the kitchen

“Man nuh dead, nuh call him duppy” (“If a man isn’t dead, don’t call him a ghost”) — a Jamaican proverb meaning that with the right support, anyone can rise against the odds.

That’s the story of Omar Johnson*, whose life took a 180-degree turn for the better when he least expected it.

Omar, now 33, grew up in an under-resourced community in St. James Parish on Jamaica’s northwestern coast. The third of four children, he was raised by a single mother who operated a shop selling basic food items. She had trouble making ends meet; without money for lunch, bus fare or supplies, Omar often had to miss school. “I was bright, and I loved school, and being absent hurt my heart and soul,” he says. 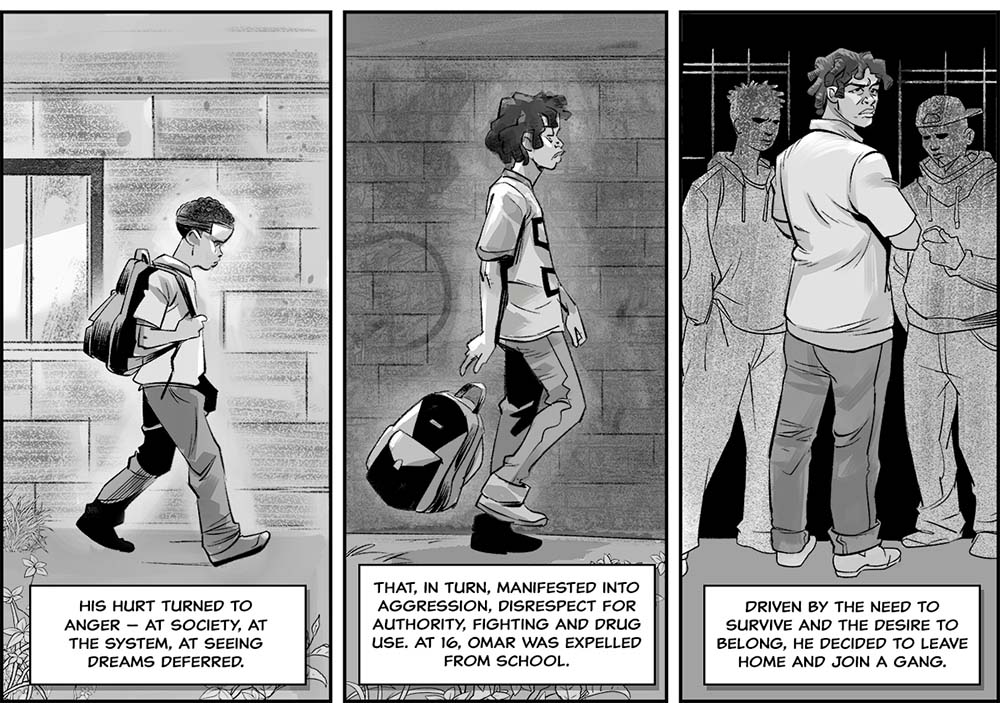 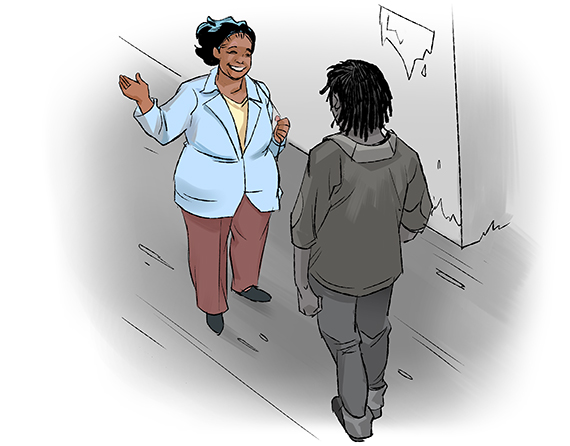 The outlook for his future was grim, like it is for many other Jamaicans recruited at a young age into lives of crime and violence. Then, on the street, he met Latoya Nooks, an FHI 360 caseworker attached to the Local Partner Development (LPD) project, funded by the U.S. Agency for International Development (USAID). 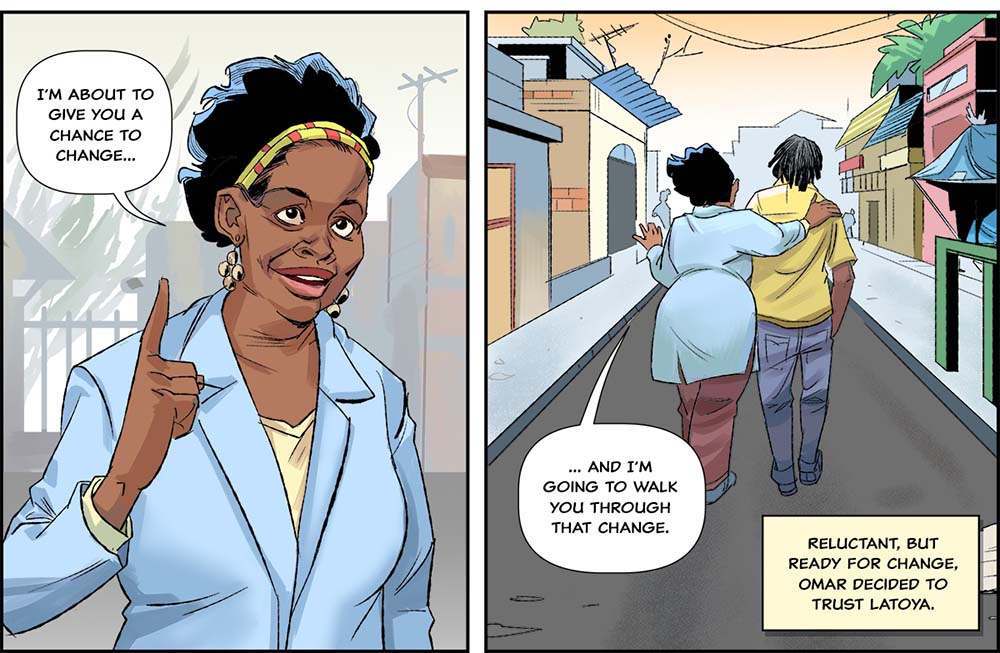 Through the LPD project, FHI 360 provides training and support to youth from under-resourced communities. Psychosocial support in particular — to process and release years of trauma — is a critical first step for young people traveling the path to a more productive future. 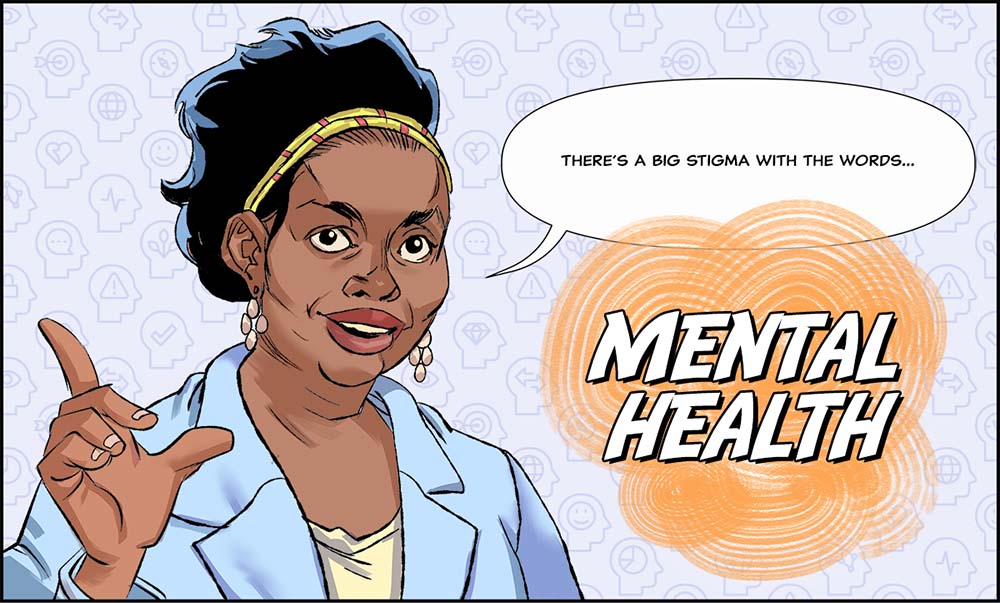 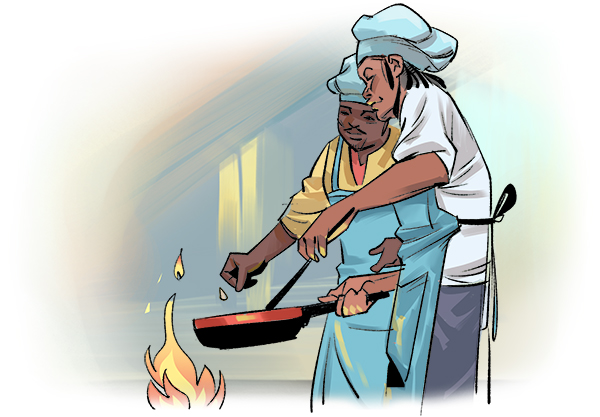 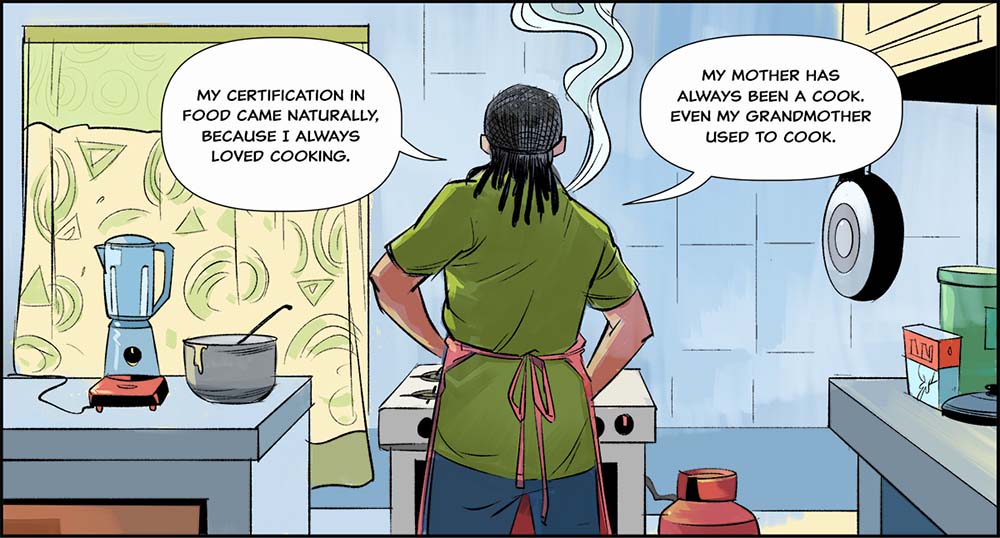 Today, more than 15 years after leaving school, Omar is focused on building a cooking and catering business. In 2020, as part of its response to the COVID-19 pandemic, FHI 360 provided about 1,000 Jamaicans, including Omar, with food vouchers and sanitation support. Omar used the vouchers to set up a cookshop at the house he shares with his mother, where he sells jerk chicken and other traditional dishes along with natural juices, such as soursop and mango. He completed a USAID business development course in July 2021 and has received appliances, including a stove and a rice cooker, to help him expand his business.

Omar, who still checks in with Latoya, encourages youth in his community to get the training and education they need to realize their dreams.

“When you’re literate, you’re going to make better decisions. When you’re skill-trained, you are more marketable, so you’re able to get yourself out of certain situations,” he says. “The advice I give to youth is that there is something more than what’s happening in your little community. ...  Everybody has an opportunity or a chance to be better than themselves.”

For Omar, taking that chance changed his life. 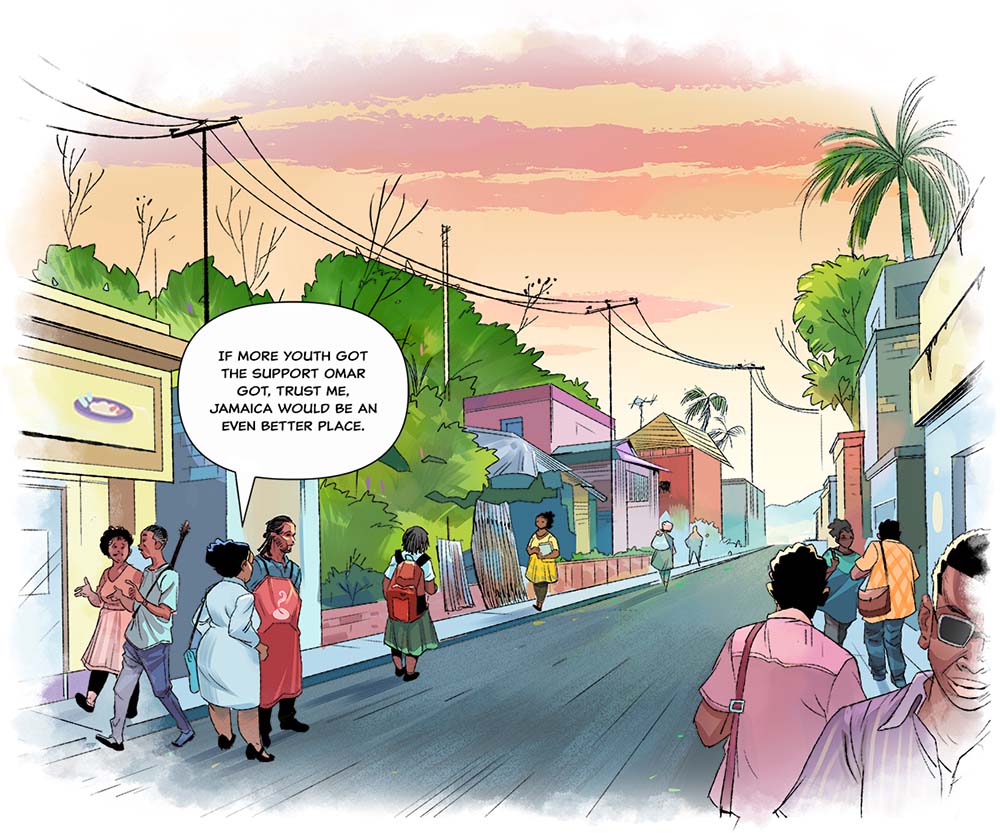