The results of the landmark Evidence for Contraceptive Options and HIV Outcomes (ECHO) Study, the first large-scale randomized clinical trial to address the relationship between hormonal contraceptive use and the risk of HIV acquisition, have been published in The Lancet. The ECHO Study was conducted by a research consortium led by FHI 360, the University of Washington, Wits Reproductive Health and HIV Institute (Wits RHI) and the World Health Organization (WHO) to provide high-quality evidence to help women at high risk of HIV make informed choices about contraception. 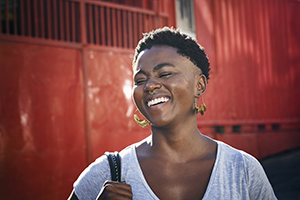 The ECHO Study, which began in 2015, found no substantial difference in HIV risk among the 7,829 African women who were randomly assigned to use one of three methods of contraception: the progestin-only injectable depot-medroxyprogesterone acetate (DMPA-IM), a nonhormonal copper intrauterine device (copper IUD) and a progestin implant containing levonorgestrel (LNG implant).

None of the contraceptive methods studied were linked to significantly higher rates of new HIV infections compared with the other two. However, despite the inclusion of individualized HIV counseling, diagnosis and treatment of sexually transmitted infections, condom provision and other HIV prevention services, including oral pre-exposure prophylaxis (PrEP) as it became available at the study settings, HIV incidence was high among the trial participants.

“The high levels of HIV acquisition among the trial participants — young, African women — is deeply concerning,” said Dr. Mastro. “It provides evidence of the need to increase HIV prevention services, including PrEP. It also highlights the importance of integrating HIV prevention and treatment with family planning and other health services.”

“Another important finding from the trial is that a majority of study participants used their assigned contraceptive method for 91.9 percent of follow-up time, despite skepticism from some that they would continue to use the methods. The high continuation rate signals that the study methods are well-accepted when offered in the context of high-quality counseling and services,” said Laneta Dorflinger, Distinguished Scientist and Director of Contraceptive Technology Innovation at FHI 360. “It is critical that programs work to broaden method mix and expand contraceptive choice for women in Africa and globally.”

The ECHO Study’s participants — sexually active, HIV-negative women ages 16 to 35 years across 12 sites in Eswatini, Kenya, South Africa and Zambia — were recruited for no risk factors other than living in an area with high HIV prevalence. The ECHO Study met high standards of quality in clinical research, with retention at 93.6 percent of women through to the final study visit. FHI 360 is pleased to have worked with global health leaders to implement a complex clinical trial to benefit the health of women.

The WHO Guideline Development Group will now consider the ECHO Study’s results and determine whether any changes are needed in WHO guidance on contraceptive use by women at high risk of HIV. WHO expects to issue recommendations by the end of August 2019.

FHI 360 works with the global community to transform health services and increase the availability of high-quality contraceptive methods, counseling and services aligned with HIV prevention, care and treatment. FHI 360’s approach is rooted in the science of improving lives, with deep expertise in clinical, behavioral and programmatic research. Our country-level programs and service delivery connect research to practice.

About the ECHO Study

FHI 360, the University of Washington and Wits RHI coordinate the ECHO Study, in partnership with WHO and research institutions in Eswatini, Kenya, South Africa and Zambia. The trial was made possible by the combined generous support of the Bill & Melinda Gates Foundation, the American people through the United States Agency for International Development and the President’s Emergency Plan for AIDS Relief, the Swedish International Development Cooperation Agency as part of the European & Developing Countries Clinical Trials Partnership (EDCTP2) programme supported by the European Union, the South African Medical Research Council and the United Nations Population Fund. Contraceptive supplies were donated by the Government of South Africa and United States Agency for International Development. For more information on the ECHO Study, visit: www.echo-consortium.com.