“When they came to pitch their idea, we were stunned,” said Associate Dean of Global Health Margaret Bentley. “It was such a wonderful opportunity for our students: the chance to be fully funded for a year, with a stipend, and working with world-class investigators.”

​Two or three students each year are selected after a rigorous application process and interviews with the FHI 360 staff who will serve as their mentors and managers. Once fellows begin, they dive headlong into research projects conducted around the world. A few examples illustrate the scope and breadth of their experiences: 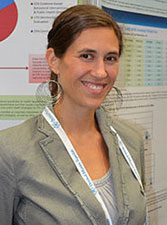 Many fellows cite the close mentoring relationships as a source of profound professional growth. Paul Fleming, a 2012–2013 fellow, said, “My mentors helped shaped who I am as a researcher. They are great people who were always interested in making sure that I was learning or growing as a new scholar.”

Kumi Smith (2010–2011), like many fellows, maintains contact with her fellowship mentors. “[FHI 360 scientists] Betsy Tolley and Theresa Gamble are still my go-to mentors for advice on careers and training,” she said. “They are both among the most supportive and thoughtful people I’ve ever worked with, and I trust them completely.”

Students, however, are not the only ones to reap rewards from the program. These smart, dedicated scholars “bring fresh ideas and perspectives” to the organization, said Ward Cates, FHI 360 Distinguished Scientist and President Emeritus and one of the fellowship program’s founders. “This is a real success story for FHI 360. The program is a good return on investment — in project productivity, in developing potential employees and future leaders and in Triangle town-gown relationships.”

Indeed, the fellows have gone on to become accomplished professionals. They serve on the faculties of UNC, Duke University, Vanderbilt University, University of California at Berkeley, University of Texas, Johns Hopkins University and others. They work for Doctors without Borders, the U.S. Centers for Disease Control and Prevention, Ipas, and the Futures Group. And some have settled into post-fellowship careers at FHI 360. For example, Elizabeth Greene, a 2009–2010 fellow, is a clinical research manager for the HIV Prevention Trials Network at FHI 360. She established relationships with many colleagues during her fellowship and says the experience led her to her current job.

“The trajectories of the fellows’ impressive careers is a real legacy for the school,” Bentley says. “That the program has been sustained for 10 years is astounding. We are really grateful. The program serves as a model for how we should be doing research, and other institutions and organizations should emulate it.”

A complete list of past and incoming fellows, as well as a description of where graduates are now, is here. This summary emphasizes the success of this initiative.