These are exactly the barriers that the U.S. Agency for International Development (USAID) Passerelles project, which is implemented by FHI 360, aims to help children overcome. 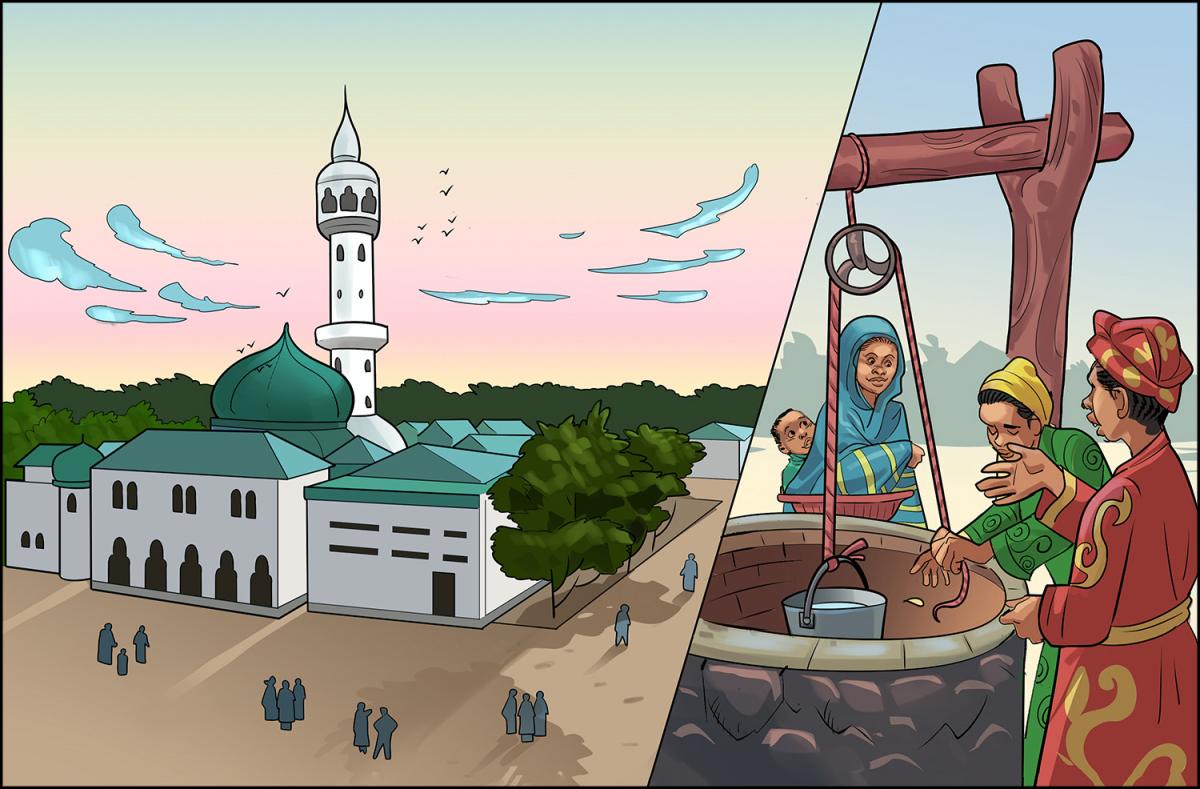 Take the case of Medina Gounass, one of the largest communities in Senegal’s Kolda region. This traditional Muslim community was established in 1935, largely in opposition to the harshness of colonialism and to preserve Islamic traditions and teachings. For decades, the community’s leaders have not allowed formal education within its boundaries. Instead, the school curriculum has focused on Quranic teachings and the Sunnah (Muslim law based on the teachings and practices of Prophet Muhammad, which serves as a supplement to the Quran), to the exclusion of French, the national language and such basics as mathematics.

In close partnership with Medina Gounass’ leaders, FHI 360’s USAID Passerelles team has been working to build gateways (“passerelles” in French) — one school at a time — to incorporate French and mathematics in the curriculum of the “daaras” (elementary schools) and to encourage learners to attend secondary school.

“Children’s education is important because they are the adults of tomorrow,” says Ahmad Amar Ba, the representative of the “marabout,” or caliph (head of the community), in Medina Gounass. “They have the right to education so that they can manage the affairs of the city when they grow up.” 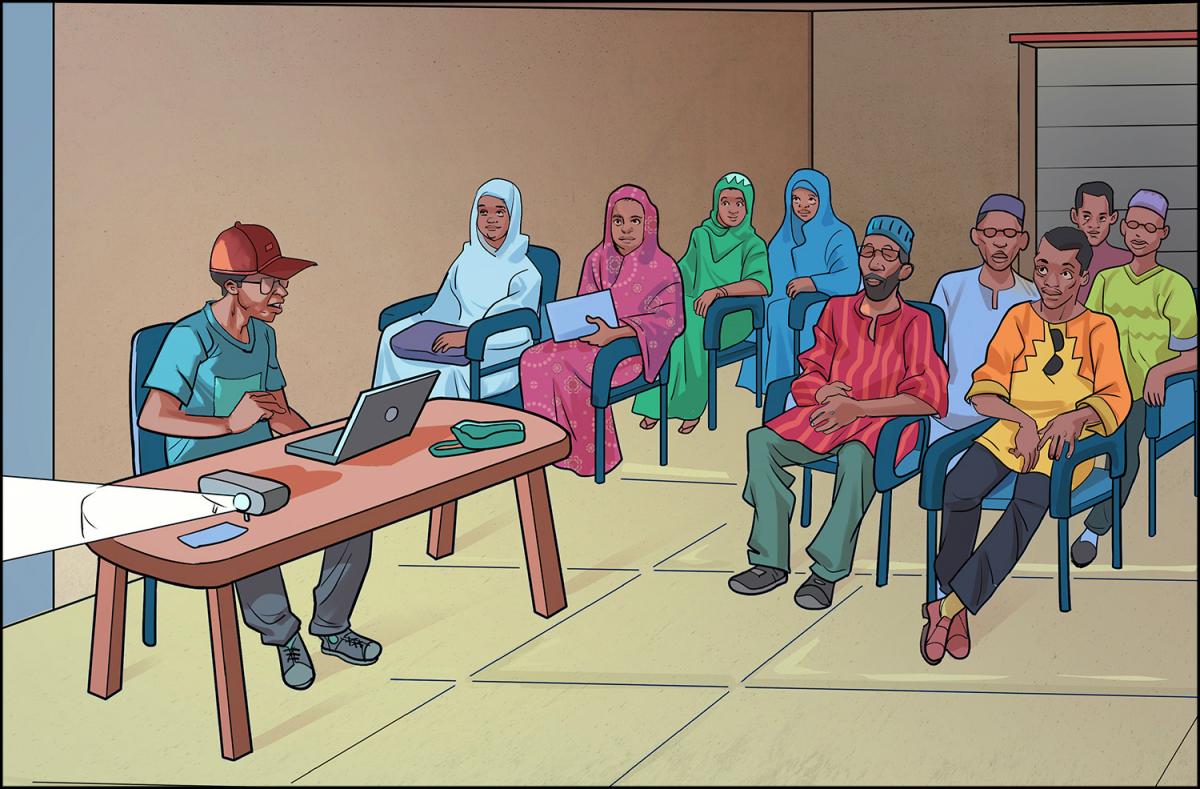 One of the keys to the project’s success has been to train the community’s teachers rather than dispatch teachers who are not from the community. Today, French and mathematics are taught two days a week. Parents feel more comfortable because they know the teachers. Even more importantly, teachers are equipped to handle discipline and conflict without violence.

“There are teachers who used to whip students even though corporal punishment is prohibited,” explains Dethiokh Samba, head of the Inspection de l’Education et de la Formation (an education administration) for the Velingara district, where Medina Gounass is located. The training “allows them to teach in safety” and the children “feel more responsible and work in peace.”

Retired education experts, who are known in the local school districts, serve as coaches to the teachers, often observing class activities and providing feedback on teachers’ techniques. The coaches also help students transition from primary to secondary school, which is often difficult; girls are the most likely to not attend secondary school. 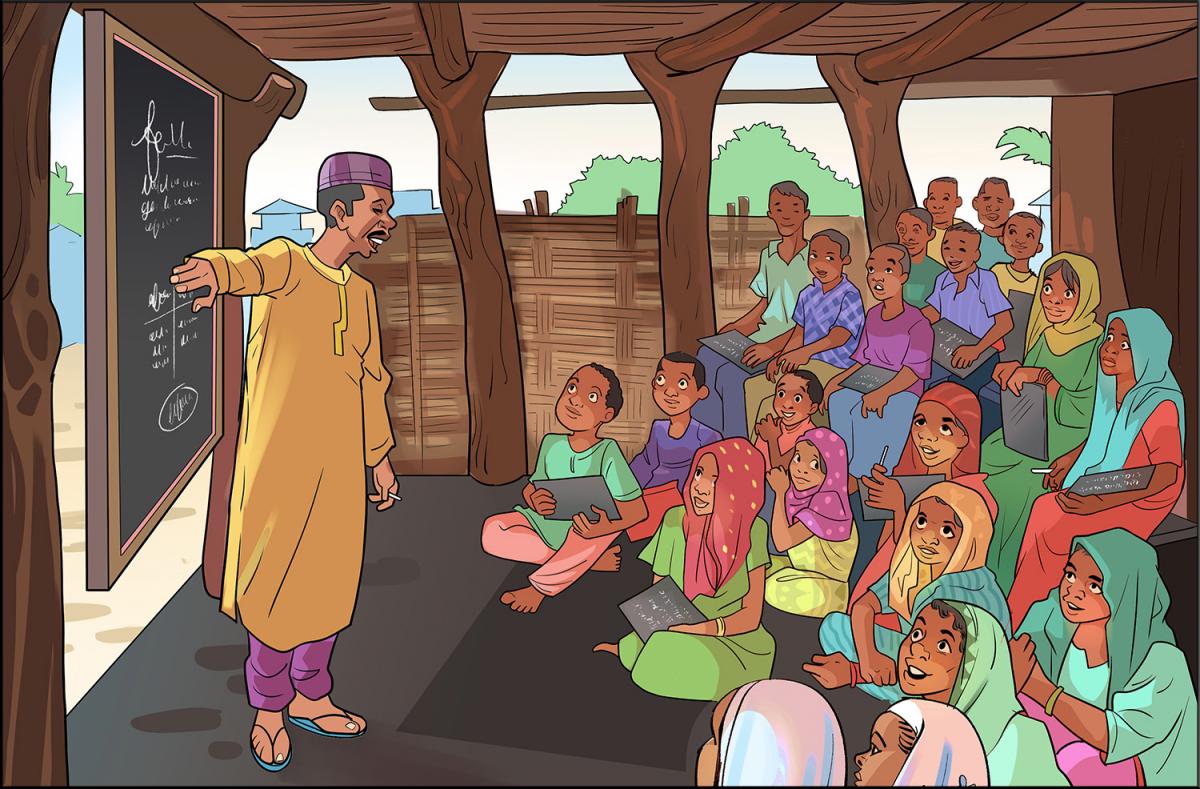 According to Aliou Toure, secretary-general of the Kolda region’s Inspection d’Académie, in the beginning of the program there were some “stumbles,” mostly over planning and the curriculum, “because when it comes to education, we prioritize academic learning.” He credits Passerelles’ growing success to the way the program focuses on community and helps one school at a time.

What is particularly remarkable is the high enrollment rate of girls. In just two years, 229 girls — out of 504 learners — entered the formal education system. Toure says that when you ask them what they want to be, the girls reply they dream of being business owners, teachers, lawyers or doctors.

Because access to a quality education changes lives and allows young people to build futures that are meaningful to them, their families and their communities. 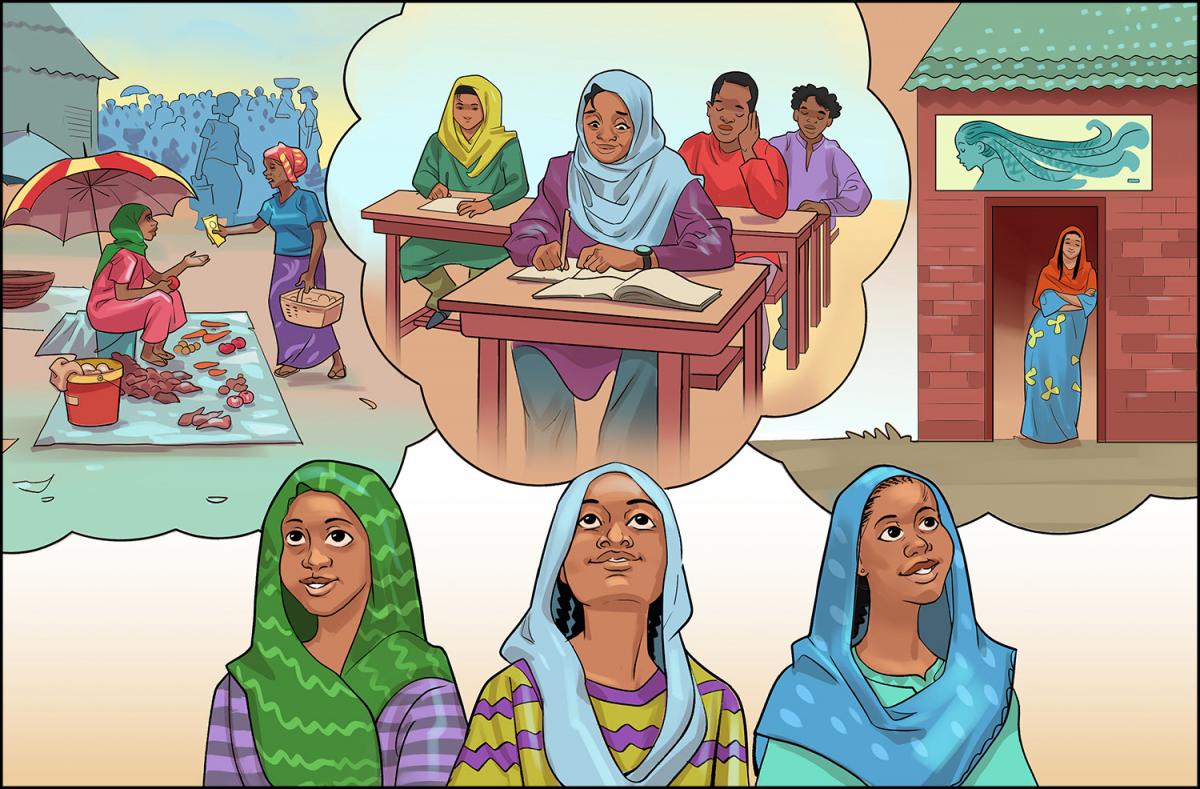 All illustrations by TM Design Inc.