HIV services are only effective if they actually reach people living with HIV. In the Dominican Republic, Haitian migrants and their descendants face challenges that can make it difficult to obtain health care, including HIV services. Here, Alejandro Soto — the chief of party of the HIV Service and Systems Strengthening Project and FHI 360’s country representative in the Dominican Republic — shares why and how FHI 360 is focused on reaching this population with HIV testing and care. 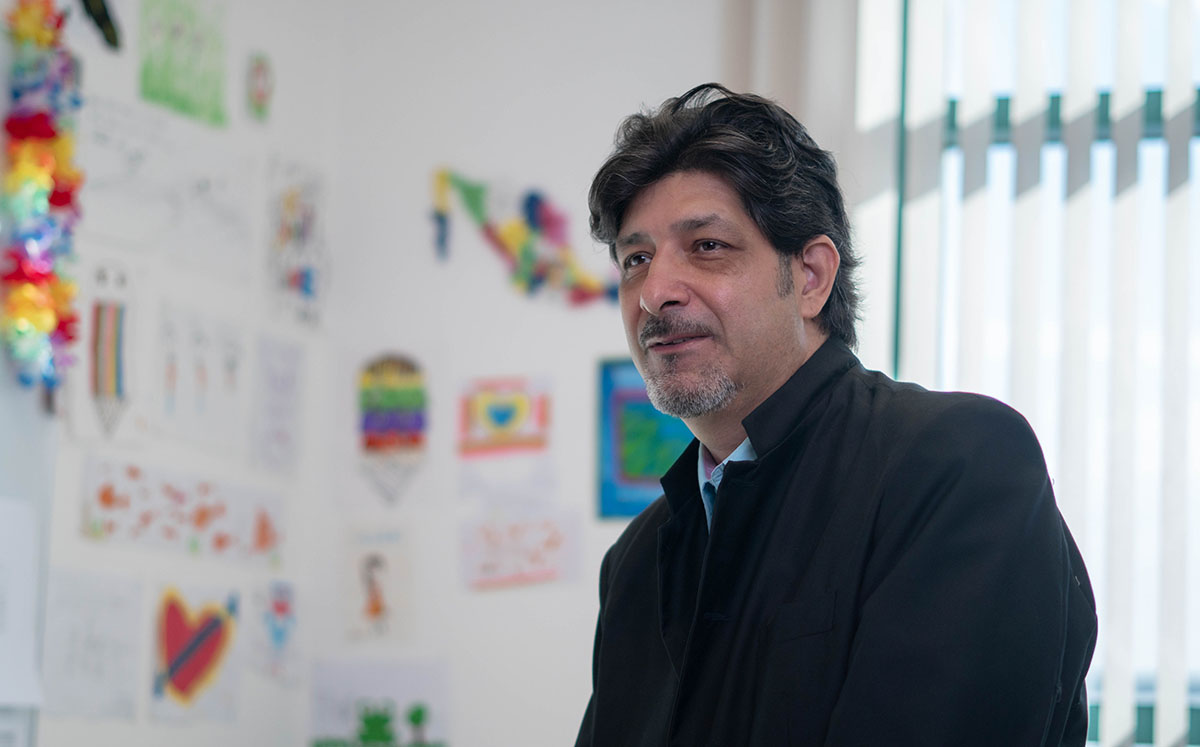 Why is it important to support HIV services for this specific population?

PEPFAR (the U.S. President’s Emergency Plan for AIDS Relief) has identified Haitian migrants and their descendants as its single largest priority group in the Dominican Republic. PEPFAR estimates that of people living with HIV in the Dominican Republic, nearly 40% of them are of Haitian descent. And of those, only 41% are aware of their status and only 18% are receiving treatment.

Many Haitian migrants are undocumented, constantly under the threat of the immigration police. They take jobs outside the formal job market. There is low literacy as well as a language barrier. They have difficulty obtaining health services, so our project aims to improve the ability of health facilities to provide HIV services to this specific population. 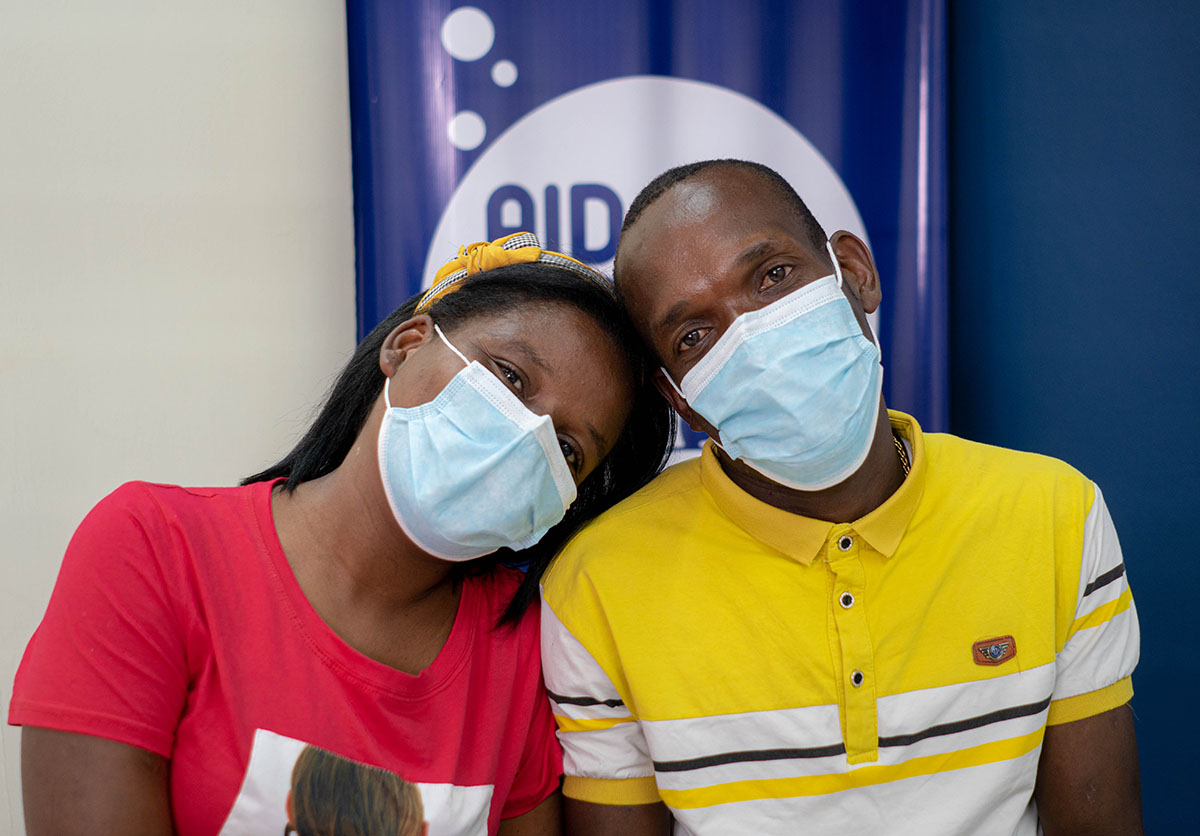 This Haitian couple receives HIV care at an FHI 360-supported clinic in Santo Domingo. The wife, Cindy, says, “They give us good treatment, and there is love and kindness.” Photo credit: Gabriela Rancier/Productora Comando for FHI 360

How do you work with the community health promoters to reach people in such a sensitive context?

We get information from patients who arrive at the health care facilities about their sexual contacts and families. Then, we have health community workers, or “promoters,” look for the patients’ contacts and families in the community and reach out to them to be tested. This approach increases the network of testing to ensure that we identify most of the population who needs HIV treatment and care. Most of our promoters are patients who have received services, and they want to contribute to that service for other people.

The health promoters use coupons to bring people into the clinic. One of the main difficulties that patients have in coming to health facilities is financial. So, we provide food coupons and transportation for patients to come. We also incentivize the health promoters by providing them with compensation, transport support and phone airtime they need to perform their work. 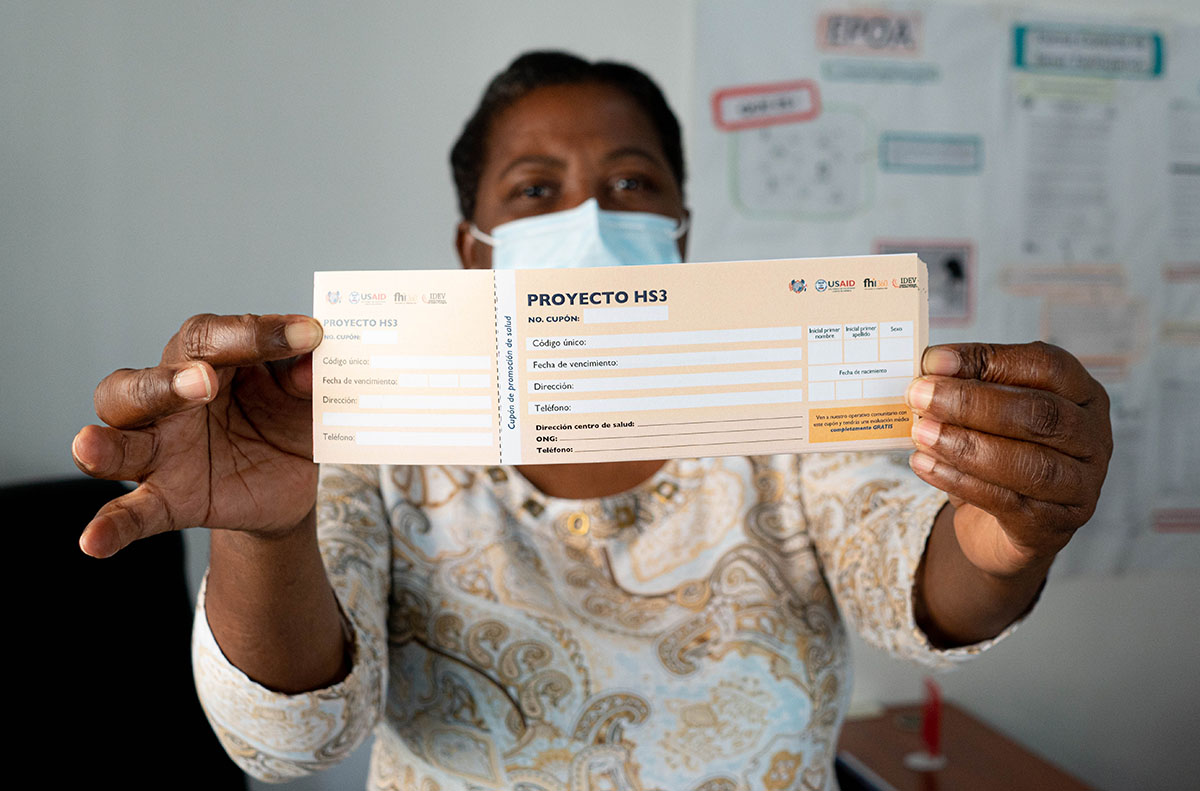 Health promoters give out coupons, like the one above, which act as incentives both for patients’ contacts to visit the clinic to be tested as well for the health promoters themselves, who receive compensation for each coupon that is turned in. Photo credit: Gabriela Rancier/Productora Comando for FHI 360

How do FHI 360’s partnerships with local institutions help to facilitate your work?

FHI 360’s local partners already have networks here. They know the culture and habits of the community, and they have deep experience delivering care. We work shoulder to shoulder with our local partners to ensure they have everything in place. We are particularly open to approaches that come from a local partner with experience in the field; we love when they suggest something that could improve the services.

Recently I spoke with a coordinator in one of the clinics, who has worked at that clinic for more than 20 years. She said she has “all these crazy ideas” and every time she brings them to FHI 360, we say, “Okay, let’s try that.”

Do you have an example of an idea that was brought to FHI 360 by a local partner?

What do you see as the next step in FHI 360’s work supporting HIV testing and treatment in the Dominican Republic?

The future is localization. We must strengthen the capacity of local organizations to implement high-quality and up-to-date HIV treatment services. We must provide our local partners with everything that they need, because often they do not have the capacity to do that by themselves.

We also need to continue having conversations with local governmental authorities to allow us to implement new guidelines and interventions that, in other countries, have helped deliver services for the local population.

In Mozambique, for example, FHI 360 hosted adherence community groups, a practice which has been done for decades in Africa. It brings a group of HIV-positive patients together to talk about their fears and challenges. They even rotate pick-up of medication from health care facilities to help address challenges around transportation.

You have been doing this work for a long time. What inspires you?

I do this work because I like to put all my knowledge and experience to the service of this marginalized population. I want to make the world a better place to live for everyone. FHI 360 has given me that great opportunity.

The HIV Service and Systems Strengthening Project is funded by the U.S. President’s Emergency Plan for AIDS Relief, through the U.S. Agency for International Development.