Malaria is the most common communicable disease in Ethiopia, killing about 70,000 people every year. But in the country’s Oromia region, a simple sticker has become a powerful tool for preventing and controlling the deadly disease. 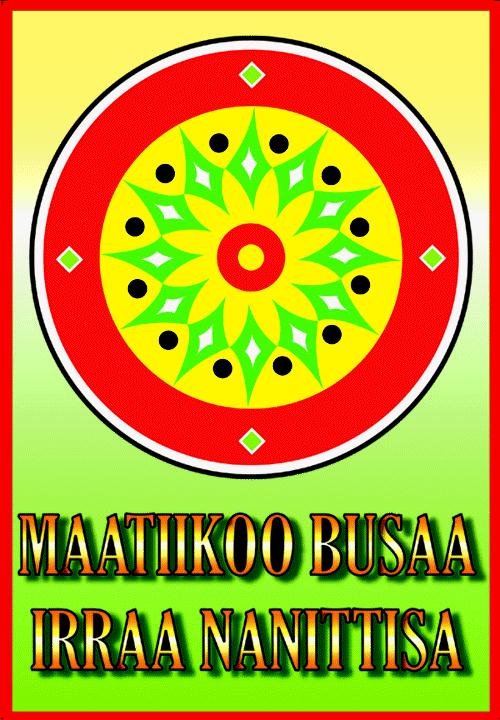 The sticker is part of the Communication for Change (C-Change) project’s effort to empower Ethiopian families to prevent malaria and seek treatment before malaria infections become life threatening. Managed by FHI 360 and funded by the U.S. Agency for International Development, the project uses social and behavior change communication (SBCC) to identify and address harmful social norms and other barriers that hinder people from adopting healthy behaviors. To help ensure sustainability, C-Change also works with in-country partners to strengthen their capacity to create and conduct SBCC programs.

Despite widespread use of long-lasting insecticide-treated bed nets in Ethiopia, many people —particularly pregnant women and children under 5 — are still at high risk for complications from malaria. In addition, the 2007 Malaria Indicator Survey showed that only 15.4 percent of the people reporting a child under 5 with a fever had sought medical attention.

Working with the U.S. President’s Malaria Initiative and local partners, C-Change developed an SBCC intervention in Oromia that draws on extensive formative research and integrates mass media, interpersonal communication and community engagement. C-Change identified social norms, attitudes and behaviors that were linked to malaria outbreaks, including misperceptions about the risk and severity of the disease, ineffective prevention practices and weak diagnosis and treatment in the communities.

The project then led the development of Essential Malaria Actions (EMAs), key behaviors that people can adopt to reduce malaria. C-Change and its partners implemented a campaign in which health extension workers, volunteer community health workers and community members who had already adopted the behaviors promoted the EMAs and encouraged families to adopt them. Families that could recall the EMAs and show that they adopted them received both a — which reads “I protect my family from malaria” — to display on their homes and community recognition. After a certain number of households within a community earned Model Family status, the community was recognized as a Champion Community. Radio programs and school-based events also were used to promote the EMAs.

Since the campaign’s launch in 2009, C-Change has reached four woredas (districts) representing 517 kebeles (municipalities) and 434,954 families. More than 209,560 families proudly display the sticker, highlighting their commitment to eliminate malaria.

For more details about the project, please click here.