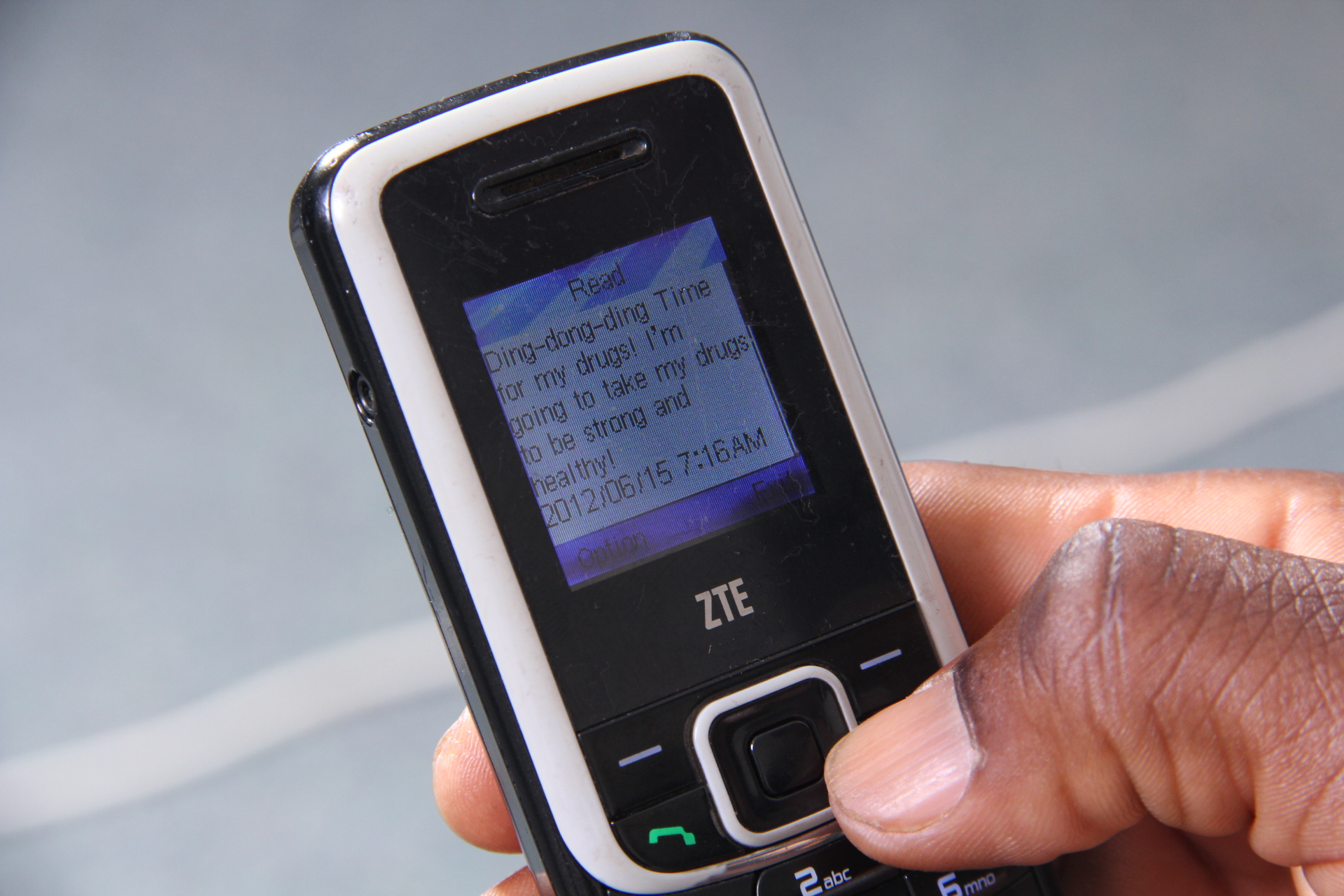 SHARPER, a four-year project funded by the U.S. Agency for International Development, launched LifeLine in November 2011. LifeLine is a daily SMS text system to motivate people living with HIV and remind them about their treatment. The intervention uses information and communication technologies to complement the work of peer educators and health workers working with populations most at risk for HIV, including people living with HIV and their sex partners, female and male sex workers and men who have sex with men. Text messages sent out during the week are later discussed during support group meetings, which help to reinforce information and share the messages with those who do not have access to mobile phones.

Aku*, a 45-year-old single mother of three, is one of many patients whose management of HIV has improved since joining the LifeLine program. Before the program, Aku struggled to follow her prescribed ART regimen. Sometimes she would forget to take the drugs. But more often, she lived in fear that someone in her community, particularly a family member or friend, would discover her HIV status. Aku described her experience of taking the various dosages of drugs like “a pregnant woman trying to climb Mount Afadjato [KD1] [the highest mountain in Ghana] on a sunny day … very daunting.”

When she did not take her medication as prescribed by her doctor, Aku’s health declined and she became unable to work and provide for her children. Although her situation improved when she joined a support group for people living with HIV, she still had trouble taking the medication.

When Aku enrolled in LifeLine, her life changed. “There is something moving about this LifeLine,” she said. “The messages are very inspiring and touch my soul.” Aku says the reminders motivate her to take her medications as prescribed and as a result, she says she has not missed a dose since December 2011.

Today, Aku is happy and healthy and able to take care of her family. In addition, she is the chairperson of a community fitness club, the treasurer of her church and a lay case manager for people living with HIV. She believes the reminders are saving lives. “I discussed the content of the messages with other peers without phones and forward to those with phones who are not subscribers on the LifeLine,” she says. “Some of my friends and I may have died without these reminders from LifeLine.”

*Name has been changed.